Hotshot Modeste can be a pest to Freiburg 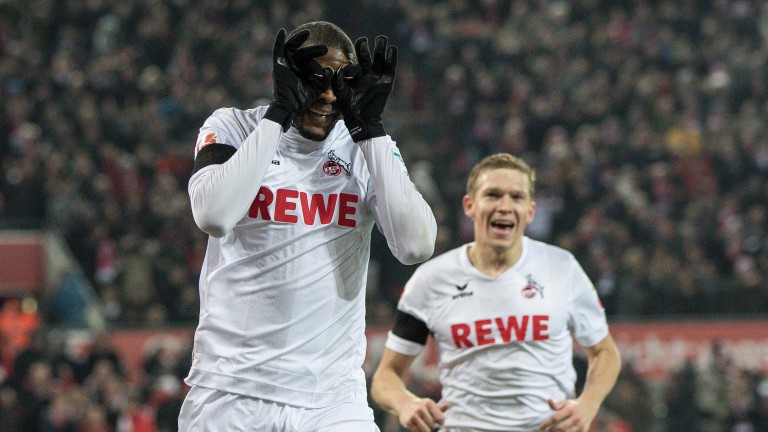 Wolfsburg v Hoffenheim BT Sport 3, 2.30pm
Wolfsburg, Champions League quarter-finalists last season, have been sucked into an unlikely relegation dogfight this term and may need to settle for a point against draw-specialists Hoffenheim.

There has been no more than one goal in the final score in nine of Wolfsburg's ten home games this term, while Hoffenheim have shared the spoils in ten of their 19 Bundesliga contests.

Key stat
Hoffenheim have lost once in the Bundesliga this season

Freiburg v Cologne BT Sport 1, 4.30pm
Blackburn reject Anthony Modeste is doing remarkably well to keep on the tails of superstars Pierre-Emerick Aubameyang and Robert Lewandowski in the Bundesliga Golden Boot race and the Cologne forward can help himself to more glory at Freiburg.

Modeste has scored 15 times in the German top flight this season and that includes the late winner via the penalty spot in last week's 1-0 win over Wolfsburg.