Ireland's hopes of winning Group D have been dented 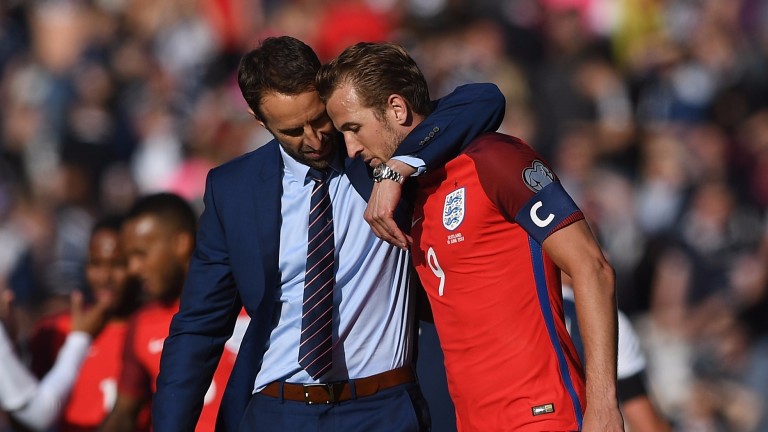 England cemented their place at the top of Group F with a 4-0 win in Malta on Friday and they are 4-9 to beat Slovakia at Wembley on Monday night.

A win for the visitors, who beat Slovenia 1-0 on Friday, would take them about England in the group but they are 17-2 to upset the Three Lions.

Tottenham’s Harry Kane obliged for favourite backers in the first-goalscorer market against Malta and the striker is 3-1 with bet365 to break the deadlock on Monday.

Kane scored his ninth and tenth international goals in Friday’s win and Sky Bet make him 11-2 to eclipse Wayne Rooney’s record tally of 53.

Hills make the Spurs man 10-1 to become the leading scorer for England and pass Alan Shearer’s Premier League mark of 260.

Kane is the shortest-priced player at 1-12 in bet365’s betting to make the England World Cup squad and Paddy Power rate him 5-4 favourite to be the next permanent captain.

Gareth Southgate is yet to appoint a full-time skipper but Liverpool’s Jordan Henderson, who led the team in Malta, is 7-2 to get the nod.

Power are also betting on whether Wayne Rooney comes out of international retirement – it’s 15-8 that he plays for England again and 5-1 that he is in next year’s World Cup squad.

Ireland's hopes of winning Group D were dented on Saturday as the odds-on shots were held to a 1-1 draw away to Georgia.

Martin O’Neill’s men made the perfect start when defender Shane Duffy put them ahead in the fourth minute.

However, they were pegged back before half-time and were unable to find a winner late in the game. The 1-1 correct score had been a 6-1 chance before kick-off.

Ireland’s slip-up allowed Serbia to take a two-point lead in the group with a 3-0 home win over Moldova.

Scotland are 8-1 with Sky Bet to qualify for the finals after their 3-0 win in Lithuania on Friday.

Gordon Strachan’s men are four points adrift of second-placed Slovakia in Group F but they are 1-14 to pick up three points at home to Malta on Monday.