Hosts Russia could crash out of Confederations Cup 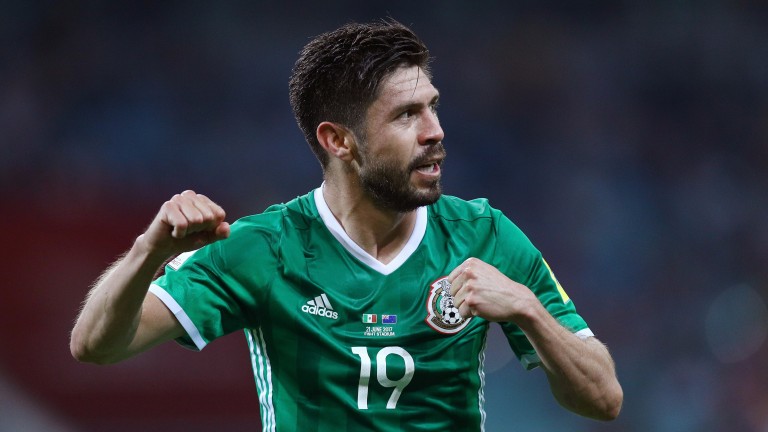 Russia will crash out of the Confederations Cup unless they beat Mexico, or New Zealand cause a massive upset against Portugal, and the hosts could be left hoping for outside help because they don't look good enough to save themselves in Kazan.

A lifeless performance on Wednesday saw the Russians lose 1-0 to Portugal and they did not force even one shot on target despite chasing the match for more than 80 minutes.

Boss Stanislav Cherchesov has been promised his job is safe but some accused him of sending out a cowardly side in midweek that focused solely on defence.

It was a team selection that gave Portugal too much respect but Cherchesov is, to some extent at least, limited by his average resources and injuries to Alan Dzagoev and Artem Dzyuba.

Fyodor Smolov is the squad's top goalscorer with eight goals and Russia are a long way from being ready for next year's World Cup.

Mexico, who need a point to guarantee a place in the semi-finals, are much further down the road in terms of being a team unit and their extra firepower can be the difference. They have the potential to hurt Russia on the counter-attack should the home side get desperate.

Juan Carlos Osorio's side have already scored four goals in the tournament and the likely front three of Raul Jimenez, Carlos Vela and Javier Hernandez all carry a threat. The same cannot be said of powder-puff Russia.

Team news
Mexico
Mexico are expected to revert to their first-choice team after rotating their side against New Zealand. Defenders Carlos Salcedo and Hector Moreno are out with injuries.

Russia
Stanislav Cherchesov has said he needs to check on the fitness of a number of players as fatigue is an issue.

Key stat
Mexico have scored in 12 of their last 13 matches.