Exciting encounter likely but Cherries are suffering at the moment 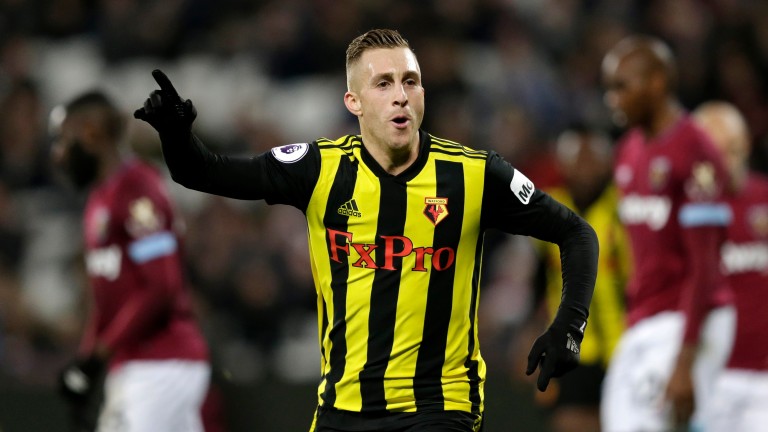 Gerard Deulofeu is one of a number of fearsome front men at Watford
Henry Browne
1 of 1
By James Milton 8:00PM, JAN 1 2019

Bournemouth won the reverse fixture 4-0 at Vicarage Road but that was a rare blip in an excellent campaign for Watford.

The Hornets can avenge that defeat against a Cherries side who have lost 5-0 to Tottenham and 4-1 to Manchester United in their last two outings.

Those results made it eight losses in ten for Bournemouth, admittedly during a tough run of fixtures, and Watford have been well backed to inflict another setback on Eddie Howe’s men.

Both teams have exciting attacking players and a narrow away win is worth a bet.

Watford
Troy Deeney and Abdoulaye Doucoure should return to the starting 11.

Key stat
Bournemouth have conceded 29 goals in 12 games against teams above them in the table.