Home skipper Klinger can stand up to surging Kent 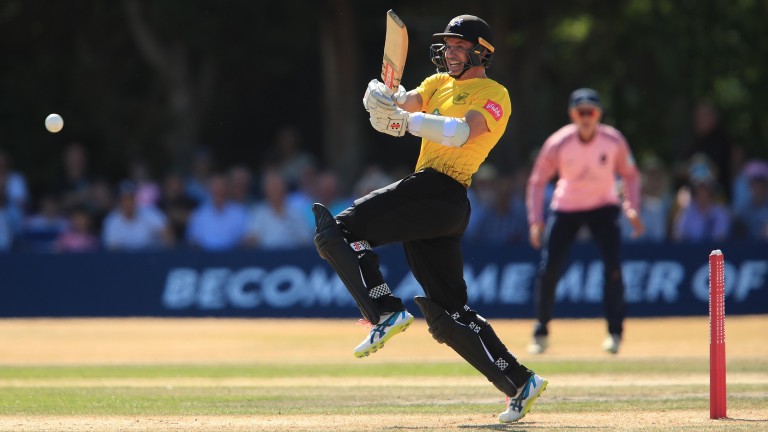 One-Day Cup runners-up Kent are 8-11 to make it three out of three on the road in the T20 Blast South Group since losing at Lord’s when they visit Gloucestershire.

The Spitfires have shrugged off their 50-over showpiece defeat by Hampshire with fine wins over Surrey and Somerset while their hosts were thumped by the Cidermen in their Taunton opener.

Kent won’t be expecting a stroll in Bristol though. Gloucestershire won both of last summer’s format meetings and they calmly beat Middlesex at Uxbridge on Sunday.

Veteran Australian opener and captain Michael Klinger showed the way at Uxbridge with 58 and is worth a bet to top score again in a clash brought forward to the afternoon because of England’s World Cup semi-final.

South Africa can begin Test-match life after AB de Villiers with a bang in Galle early on Thursday (5.30am).

Sri Lanka could be without skipper Dinesh Chandimal and senior stars Rangana Herath and Kusal Perera and they lost heavily to India at the scenic venue beneath a Dutch fort last July.

Six of the Proteas squad featured in a 153-run July 2014 Galle-success including skipper Faf du Plessis, opener Dean Elgar, who made 103 in the first innings and pace ace Dale Steyn, who was man of the match for his nine-wicket haul.