Home is where the heart is for Rostov 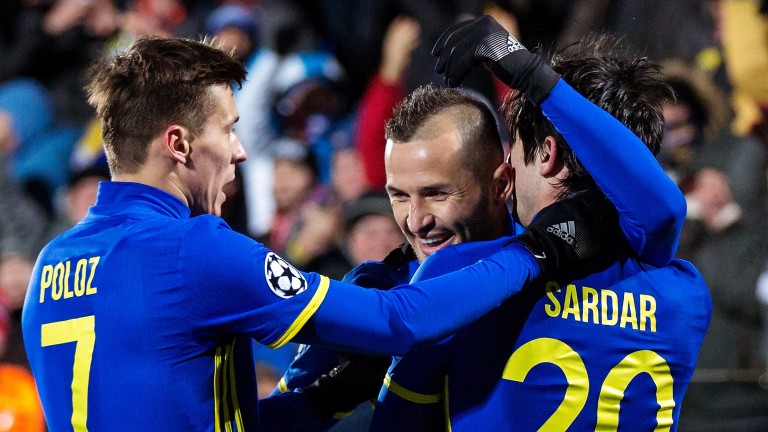 Rostov's home ground has been declared fit for purpose once again and the return to Olimp-2 means they deserve to be favourites to overcome Krasnodar in the Russian Premier League.

Jose Mourinho said the surface in Rostov-on-Don "was not worthy of being called a field" before Manchester United's 1-1 Europa League draw in Russia last month and, while Uefa allowed the game to go ahead, the Russian Premier League quickly suspended matches at the arena.

Work has now been done to rectify the issue and home advantage is usually worth a lot to Rostov, who have played 17 matches in front of their own supporters this season and lost just once.

That defeat came against Atletico Madrid while Europa League quarter-finalists Anderlecht and United are among the sides who have failed to win at Rostov, and Bayern Munich were humbled 3-2 in December.

Leaders Spartak Moscow are yet to visit but CSKA Moscow were turned over 2-0 and Zenit drew 0-0 so this looks a real tough test for Krasnodar, who are chasing a European qualifying spot.

The visitors have triumphed just once on the road in the Russian Premier League this season, although that did come on their last away trip with a 2-1 success at Lokomotiv Moscow.

However, Rostov have conceded only two home goals in ten league matches and are worthy of support in the draw-no-bet market.