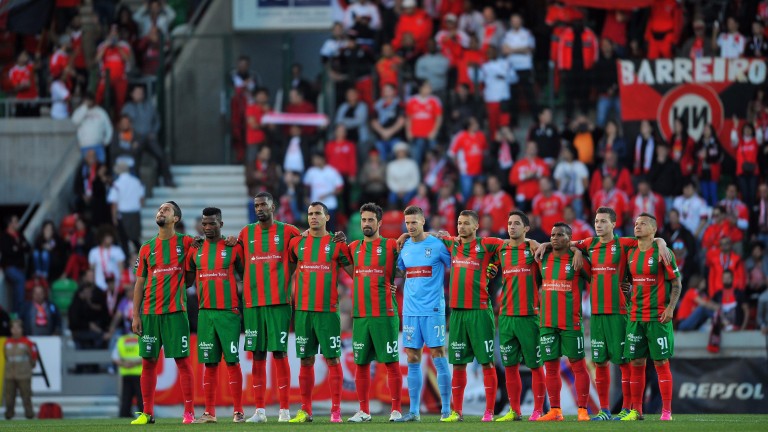 Maritimo line up for photgraphs before last season's home meeting with Benfica
Getty Images
1 of 1
By Aaron Ashley 8:20PM, SEP 30 2017

Sporting v Porto 6pm
Porto are a perfect seven from seven in the Portuguese top flight but they could see their 100 per cent league record end when they travel to Lisbon to face title rivals Sporting.

There’s little to separate the sides in terms of ability but Sporting are a formidable force on their own patch.

They have lost just three of their last 54 home league games and were beaten only 1-0 by visiting giants Barcelona in the Champions League on Wednesday.

Maritimo v Benfica 8.15pm
Maritimo have won their opening four league games in Madeira and a victory would see them leapfrog Benfica, who may be low on confidence following Wednesday's 5-0 drubbing at Basel.

The Eagles have picked up just four road points from trips to Chaves, Rio Ave and Boavista and were beaten 2-1 in the league at Maritimo last term.