Goals on the menu at Cusack Park 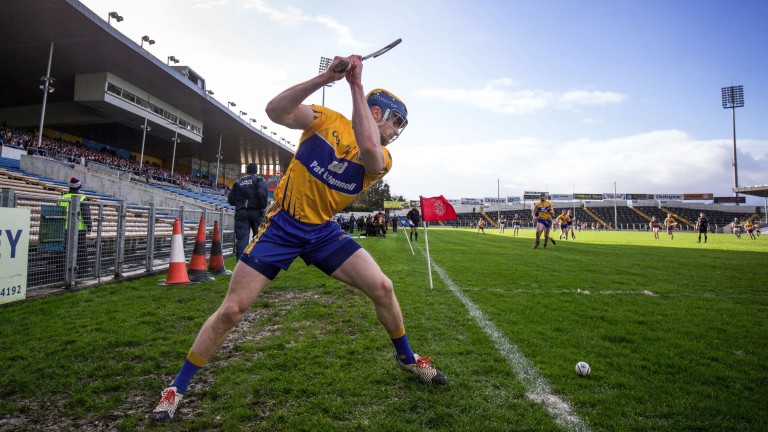 Clare return to the comfortable surroundings of Cusack Park and a second home success looks on the cards at the expense of Dublin. Indeed, it could be even more comprehensive than the betting suggests.

Clare are the defending champions but have already lost twice during the current campaign. The key thing to note is that both of those defeats have come away from home, against Tipperary at Semple Stadium and to Cork in round one at Pairc Ui Rinn.

The Banner boys have their backs to the wall and a third loss will see them dragged into a relegation dogfight. That surely won't happen, though, and home advantage could be key to them getting over the line against the Dubs.

Clare's only outing at Cusack Park resulted in an impressive 2-19 to 0-12 victory over Kilkenny. They were unstoppable in that tussle and a similar performance will suffice when Dublin visit.

Clare netted twice against Kilkenny and found the net in their opening round loss to Cork too.

Dublin conceded two goals in their loss to Waterford and the 13-8 on offer about the home side scoring two or more looks attractive.

Waterford have began the campaign on the front foot and came from behind to beat Dublin by six points last weekend.

Back in front of their home fans, Waterford are likely to break quicker from the traps and lead from start to finish. They are at their best when dictating matters from the front and that is the way today's tussle should go.

Austin Gleeson's return has given Waterford a new lease of life and they ought to have too much firepower for a Cork side who have not progressed from their surprise opening-round win over Clare.

Their heavy seven-point defeat to Kilkenny last weekend left them rooted to the bottom of the table and it is hard to see them finishing the day in any other position. Waterford to lead at half-time and win the game is priced up at 4-5 and that is worth taking.

Galway scored a staggering 3-31 in their landslide success over Laois last weekend and the layers seem to think that they will rack up a similar tally when they visit Austin Stack Park.

There were a total of 54 points scored in that tussle with Laois but Kerry will be eager not to let something similar happen. Expect the Kingdom to keep things tight for as long as they can.

Galway conceded 1-11 to Laois and 1-12 to Offaly. Both those sides are of a similar level to Kerry so backing the home side to score 16 points or fewer looks a pretty safe play at 8-11.

Of even more interest is the 9-4 that bet365 are offering for under 47.5 total match points. That's worth taking.