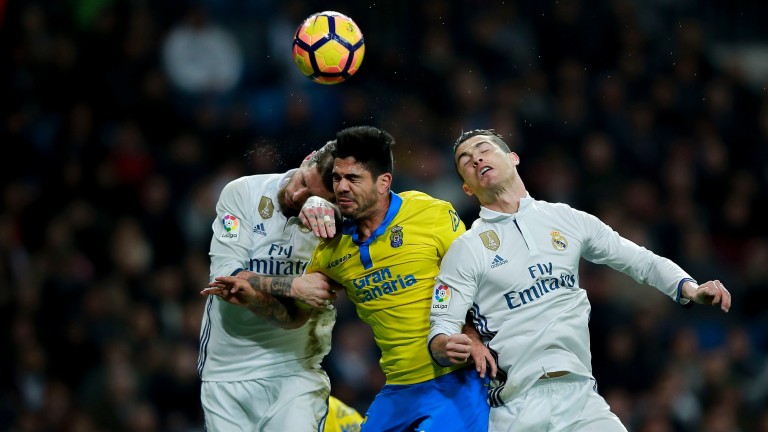 Celta Vigo v Eibar 3.15pm
Eibar's excellent campaign shows no sign of petering out after wins over Villarreal and Las Palmas and they could be value to complete the hat-trick at Celta Vigo.

Apart from defeats against the top four, Eibar's 2017 league record is seven wins and three draws, while hosts Celta have won only two of their 13 matches against teams above them in the table.

Key stat
Eibar's only defeats in 2017 have come against the top four in La Liga.

Osasuna v Leganes 5.30pm
Basement boys Osasuna won 1-0 at Alaves on Wednesday but their slim survival hopes could be finished off by a loss to fourth-bottom Leganes.

Victory for the hosts would lift them to within ten points of safety but they have not won at home in the league all season and are likely to come up short against Leganes, who drew at Seville (1-1) and Sociedad (1-1) in their last two away games.

Key stat
Osasuna have not won any of their 15 La Liga home games this term.

Las Palmas v Real Betis 7.45pm
Home advantage could be the decisive factor in this contest as all but one of Las Palmas's league victories have come at home and Real Betis have lost ten of their 14 away games.

Las Palmas are four points better off than their visitors and have scored 14 more goals than Betis, whose lack of attacking threat is reflected by just two wins in their last 13 games.

Key stat
Las Palmas have claimed eight of their nine league wins this season at home.