Home advantage may be pivotal in derby dust-up 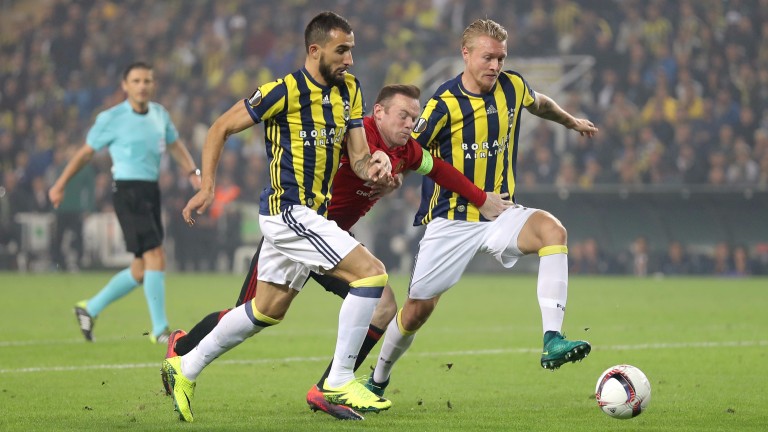 Wayne Rooney is crowded out by the Fenerbahce defence
Chris McGrath
1 of 1
By Matthew Ireland 7:30PM, NOV 19 2016

It is often said cities become divided on derby day but in a feast of city clashes this weekend, that adage particularly holds true in Istanbul.

The clash between Turkey’s big two, Fenerbahce and Galatasaray, traverses continents as well as households with Gala, based on the European side of the Bosphorus, visiting their rivals and Asian neighbours Fener.

Despite being separated only by the width of the city’s natural divide, home advantage is a major advantage in the match known as the Eternal Rivalry.

In 15 meetings since 2010, the away side has triumphed just twice which may go some way to explaining why Fener are 4-5 favourites despite trailing their great rivals by two points in the Super Lig standings. Another is their 20-match unbeaten home record in this fixture stretching back to 1999.

Fenerbahce have picked up the pace in recent weeks, rattling off four wins in a row since being thumped 4-1 at Old Trafford.

By contrast, Gala have lost two of their last three – at home to Trabzonspor and league leaders Istanbul BB – and have struggled to convert their chances in recent weeks. Their cause hasn’t been helped by an injury to striker Kolbeinn Sigthorsson, while Yasin Oztekin is also a doubt.

Unlike the visitors Fener have been hitting the mark of late – netting 11 goals in five home games – which may tip the balance in their favour.

For punters expecting a feisty encounter, there have been six red cards shown in the last eight encounters.