Holders Thunder in big trouble down under

Stars should shine in Sydney venture 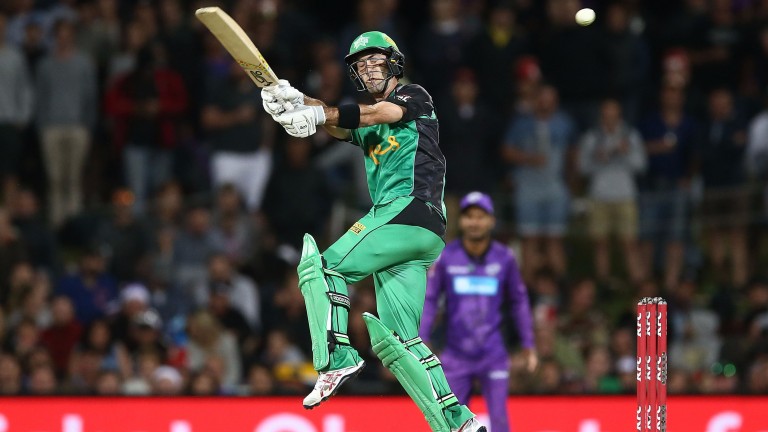 Delhi Daredevils ace Glenn Maxwell can go from cameo to crazy in an instant
Getty Images
1 of 1
By James Milton 7:07PM, JAN 2 2017

Leicester aren’t the only defending champions having a tough time – Big Bash holders Sydney Thunder have lost their first four games of the season.

They are 7-4 to end that run of defeats and that price highlights not only the Thunder’s poor form but also the quality of their opponents – ante-post trophy favourites the Melbourne Stars.

The Thunder’s 2015-16 triumph was largely built on Usman Khawaja’s runscoring exploits but he is yet to feature in the Bash this term because of Australia Test commitments.

None of the frontline batsmen have stepped up in Khawaja’s absence and Pat Cummins, primarily a fast bowler, is the unlikely name at the top of their runscoring list.

The Stars narrowly lost a rain-affected Melbourne derby to the Renegades but thumped Hobart Hurricanes in their first game with Glenn Maxwell taking 1-12 off two overs and scoring an unbeaten 58 from just 29 balls.

The 9-1 about Maxwell being named man of the match in Sydney is worth taking.