Hoffenheim look set to bounce back 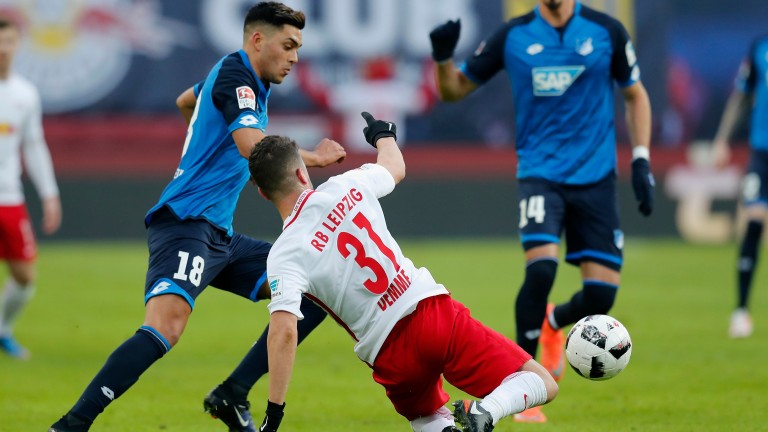 Hoffenheim’s 17-game unbeaten Bundesliga run came to a dramatic end at high-flying Leipzig last weekend but they can restore parity by defeating a Mainz side struggling on their travels.

The hosts were good value for at least a draw at second-placed Leipzig but Sandro Wagner’s red card after the hour mark swung the pendulum in Red Bulls’ favour, gifting them all three points.

Even if taken on face value, a defeat at Leipzig, who have won eight and drawn one of their home matches this term, is no disgrace.

The absence of Wagner, Hoffenheim’s leading marksman with ten goals, will be a big blow for the hosts this afternoon but frontman Mark Uth is a perfectly sound replacement and has netted in successive home matches at the Rhein-Neckar-Arena.

Julian Nagelsmann’s mob are in the mix for European football next term and their success has been built around their imposing home record.

Hoffenheim are yet to taste defeat on home soil in nine outings, including stalemates with Leipzig and Borussia Dortmund, and should be confident of returning to the winner’s enclosure against today’s visitors.

Mainz qualified for Europe last term but a repeat appearance is in doubt and they have won just one of their last seven Bundesliga encounters.

Five consecutive away defeats don’t enhance their chances and, given they have notched just twice in those trips, an upset in Hoffenheim looks unlikely.