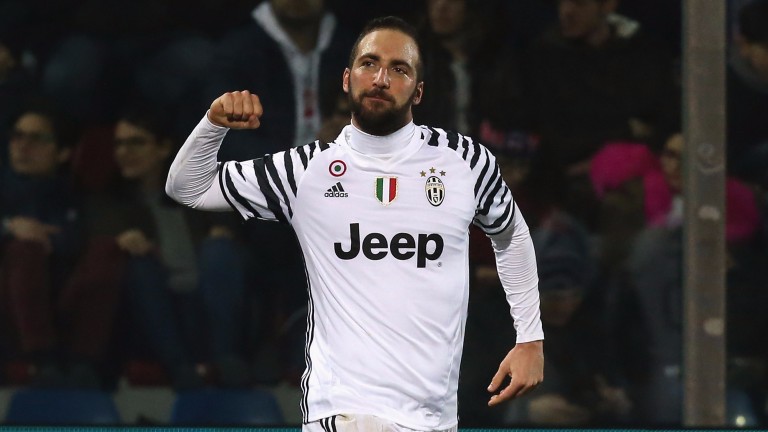 Juventus have already done the hard work and should have little trouble reaching the Champions League quarter-finals when Porto head to Turin for the second leg of their last-16 tie.

The task facing Porto is enormous. Juve are unbeaten in 20 matches at home in Europe and have qualified on all 36 previous occasions after winning the first leg on their travels.

Max Allegri's streetwise hosts seem certain to progress and Gonzalo Higuain can set them on their way with the opener.

Higuain has slowed down lately with only one goal in his last five matches but 23 goals in 37 matches since signing from Napoli is a fine return and he has scored in six of his last nine at the Juventus Stadium.

The Argentinian ace can rely on excellent service from international team-mate Paulo Dybala while the return of wide men Mario Mandzukic and Juan Cuadrado, who both missed Friday's 2-1 win over Milan, can only help Higuain's cause.

Porto have won their last nine league games and are unbeaten in their domestic championship since late August.

January arrival Tiquinho has made a stunning start with goals in all six of his appearances and hopes are high that Portuguese forward Andre Silva is the future for both club and country.

However, Nuno's men have almost certainly given themselves too much to do and while Barcelona produced a miracle comeback last week, Porto are clearly not Barca.

Team news
Juventus
Stefano Sturaro is out, while Giorgio Chiellini is doubtful.

Porto
Alex Telles is suspended but Hector Herrera and Jesus Corona have recovered from injury and travelled to Turin.

Key stat
Bayern Munich (in April 2013) were the last team to win in Turin by more than one goal.