Highflying Canaries could hit the right notes at Ashton Gate 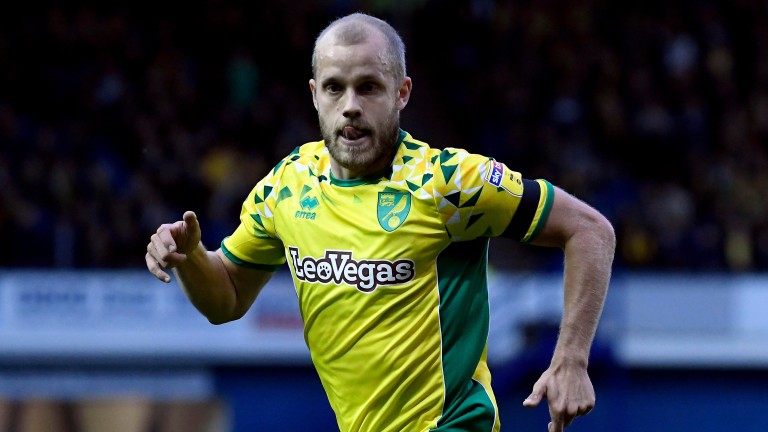 The Sky Bet Championship is an unpredictable division but leaders Norwich have piled up 38 points from their last 15 league games (the same as Manchester City in the Premier League) and deserve to be trusted to secure a victory over mid-table Bristol City at Ashton Gate.

Six games into the season Norwich were 17th and the pressure was mounting on manager Daniel Farke, who had delivered a 14th place finish in 2017-18.

But they have been almost faultless over the last three months and it is getting to the stage when their promotion challenge needs to be taken seriously.

Norwich's stunning progress is especially impressive because it has been achieved despite the departure of James Maddison to Leicester.

Summer signing Teemu Pukki has filled the goalscoring void, netting 12 goals in 18 appearances, but it has been a squad effort with 23 players playing a part.

Academy graduates Max Aarons, Jamal Lewis and Todd Cantwell have key roles and their efforts are warmly appreciated by the Norwich fans, who are revelling in the team's unexpected status among the front-runners for promotion.

The markets are still not quite convinced.

Farke's side are evens to go up while second-placed Leeds, one point worse off, are no bigger than 4-6.

A lot will depend on the next few weeks with Norwich facing five games before New Year's Day but a victory looks well within their powers against Bristol City, who are having a mixed campaign.

Last Saturday's 1-0 win at Birmingham felt like a big result for City, who climbed to within seven points of the top six.

But they have been struggling in home games, winning just three of ten in the league, and are unlikely to increase that tally against the highflying Canaries.

Team news
Bristol City
Frank Fielding (illness) and Bailey Wright (thigh) could return to the squad but Matty Taylor (hip), Korey Smith and Liam Walsh (both knee) are out.

Norwich
Moritz Leitner (calf) is a doubt and Louis Thompson (shoulder) is not ready to return.

Key stat
Norwich are unbeaten in their last eight away league games.