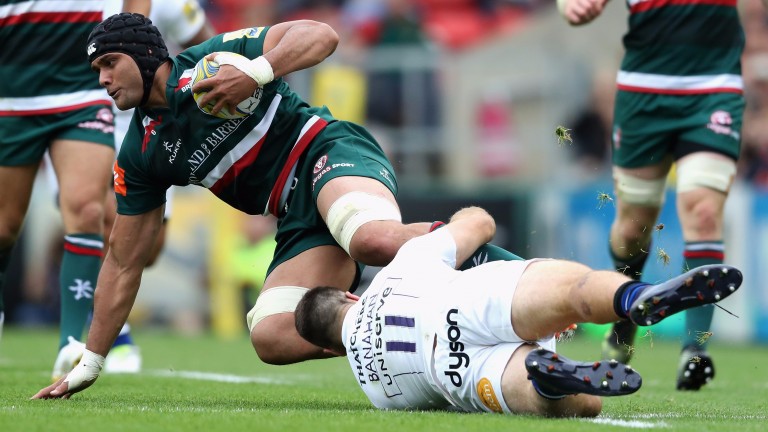 Leicester were undone by Bath's defensive effort in week one
David Rogers
1 of 1
By Graham Woods UPDATED 8:06PM, SEP 8 2017

East Midlands rivals Northampton and Leicester will both be hurting after opening-day defeats and punters can expect a bruising derby encounter at Franklin's Gardens.

The Saints were blown away by Saracens at Twickenham as their defence fell apart in the first half, and no doubt the emphasis in training this week has been on shoring up at the back.

The Tigers' home defeat to Bath was down to a lack of accuracy as several try chances went begging, and that has become a familiar story at Welford Road in recent months.

Leicester claimed victory in this fixture last year in a game that swung both ways but, with both teams desperate to open their account and rain in the air, this could be a low-scoring grind.

Bath had their tireless defence to thank for the first win at Leicester in over a decade and they are sure to be stretched even further against a Saracens side who simply dazzled at Twickenham, running in nine tries.

Sarries' tricky running and smart offloading was too hot to handle, and the emphasis seems to have shifted very much from defence suggesting the men in black can make light of a three-point handicap.