United can continue their impressive run 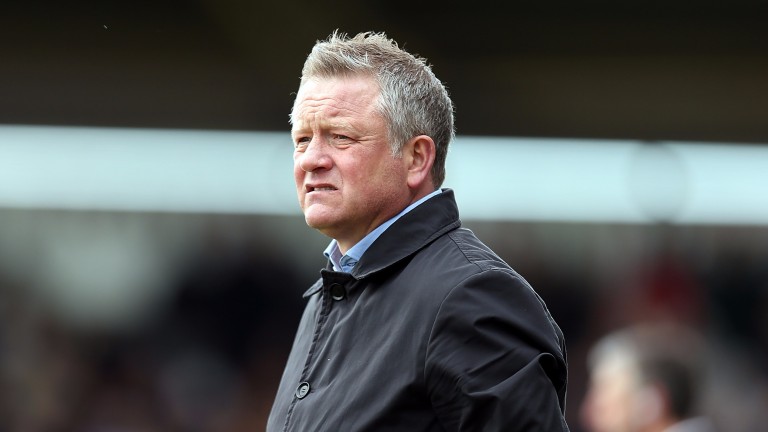 Sheffield United have thrived under the guidance of Chris Wilder
Pete Norton
1 of 1
By James Milton 8:07PM, DEC 14 2016

Coventry were top-flight stalwarts for 34 years before Premier League relegation in 2001 but the Sky Blues are just 6-4 to be playing in the fourth division next season.

A run of five straight defeats in Sky Bet League One has seen Cov’s relegation odds slashed and things are unlikely to improve when they take on title favourites Sheffield United.

The Blades are just 3-4 to extend Coventry’s losing sequence and the clubs’ weekend results epitomised their contrasting fortunes. While Sheffield United rattled in four second-half goals to thump Swindon at home, Coventry’s 3-1 defeat at Southend kept them in the relegation zone.

The margin of that defeat could have been even wider – Cov’s goal came from Daniel Agyei in the 89th minute – and eight defeats in 11 away games, as well as a 4-0 drubbing at League Two Cambridge in the FA Cup, hardly bodes well for their survival chances.

The club’s owners Sisu remain hugely unpopular with fans and, after a brief honeymoon period, manager Mark Venus is under increasing pressure.

The market clearly expects a convincing Sheffield United win but there are reasons for Blades backers to tread carefully.

Chris Wilder’s men made hard work of beating nine-man Shrewsbury and Bury, who also had two players sent off, before a draw at Charlton and a defeat at home to Walsall.

Bolton and Scunthorpe, Sheffield United’s main rivals for promotion, managed only 1-0 wins over Coventry recently and, despite their fans’ discontent, the Sky Blues’ home form has been solid.

They have lost only two of their ten home league games and won three in a row, against Oxford, Rochdale and Chesterfield, in October and November.

The Blades are a cut above the vast majority of League One teams but they rarely take control of games early on.

Only 12 of their 38 league goals have come before half-time so the draw-Sheffield United double result could be worth considering at 7-2.

They beat Swindon 4-0 after a goalless first half on Saturday and were 1-0 down at Chesterfield recently before scoring four times after the break.

Their quality should prove decisive against a vulnerable home defence but the Blades may have to be patient once again.

Recommendation
Second half to have more goals
3pts 11-10 Betway