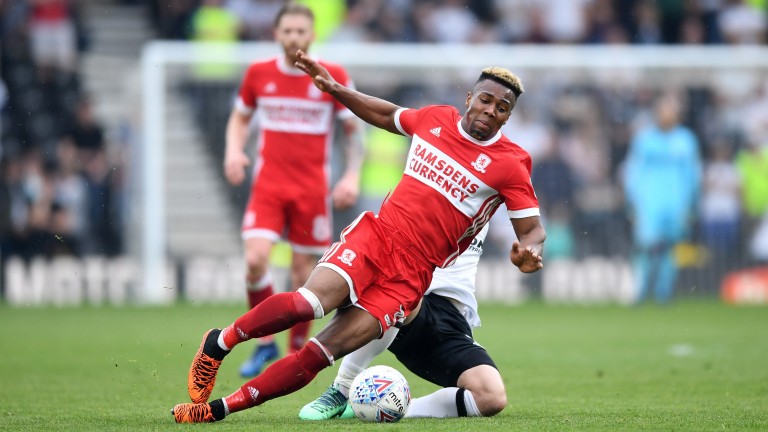 Tony Pulis played a part in West Brom's relegation from the Premier League this season but he has had more successes than failures in his managerial career and he can add a third promotion to his CV by steering Middlesbrough to Sky Bet Championship playoff glory.

It is difficult to assess what might have happened to West Brom had Pulis stayed in charge.

But his impact on Middlesbrough's fortunes has been undeniable, transforming them from massive underachievers to serious promotion contenders.

Boro go into the playoffs in form, having banked ten points from their last four matches, and their winning habit has developed just in time for them to meet the tough challenges which await them.

Fulham are the warm favourites but look too short in a contest between four well-matched teams.

There is a temptation to side with rank outsiders Derby, who have gained in confidence in the closing weeks of the season.

The Rams have responded well to a trio of high-pressure matches, beating Cardiff 3-1, drawing 1-1 at Aston Villa and winning 4-1 at home to Barnsley.

The statistics favour Fulham, who can take heart from knowing that eight of the last 18 third-placed teams have won the final.

But Fulham have a massive mental barrier to overcome having gone so close to going up automatically.

Slavisa Jokanovic's side have had just five full days to digest last Sunday's dismal 3-1 defeat at Birmingham, which put paid to their hopes of clinching second place.

And they must also ditch the mental baggage of last season's semi-final defeat to Reading.

They were favourites going into the 2016-17 playoffs but failed to perform anywhere near their potential against a functional Reading side and crashed out 2-1 on aggregate.

At their free-flowing best Fulham are superior to their playoff rivals.

But playoff matches are often more about minimising mistakes than mesmerising football and the Cottagers may struggle if they are dragged into a high tempo, physical contest, as was the case against Birmingham last weekend.

The teams which look best suited to knockout football are Aston Villa and Middlesbrough, who go head-to-head in the other semi-final, starting with Saturday's clash at the Riverside.

Both have vastly experienced managers who know how to win promotions.

The most qualified is Villa gaffer Steve Bruce, who is aiming to win a fifth career promotion with a third different club.

Two of those promotions were with Villa's rivals Birmingham, making it especially hard for Bruce to get the Villans' supporters on his side.

Slowly but surely Bruce has turned the club around, although there is a slight sense of disappointment that their stated aim of automatic promotion was missed.

The pressure on Villa is huge because they have brought in John Terry and West Ham loanee Robert Snodgrass with the specific aim of ensuring a return to the big time.

Terry has played well enough to earn a place in the Championship team of the year but winger Albert Adomah has been a bigger influence on their campaign, top-scoring with 14 league goals.

However, the last of Adomah's goals was more than two months ago and he is no longer a certain starter having dropped to the bench for two of the last four games.

Jack Grealish has come to the fore with a series of classy performances and the responsibility for scoring goals has fallen to Lewis Grabban, who has netted four times in the last four matches.

But Villa are not playing with any consistency and their recent away results - one win in their last five - are a cause for concern.

Middlesbrough look in better shape having taken on the characteristics of a typical Pulis team - tough to play against and difficult to beat.

The Boro have lost just two of their last 14 games and have a trio of dangerous attackers in Britt Assombalonga, Patrick Bamford and Adama Traore who are playing well at just the right time.

They came through three tough games on the run-in - winning 2-1 at home to Bristol City and at Derby and 2-0 at home to Millwall. They could be peaking at just the right time to clinch a dream return to the Premier League.