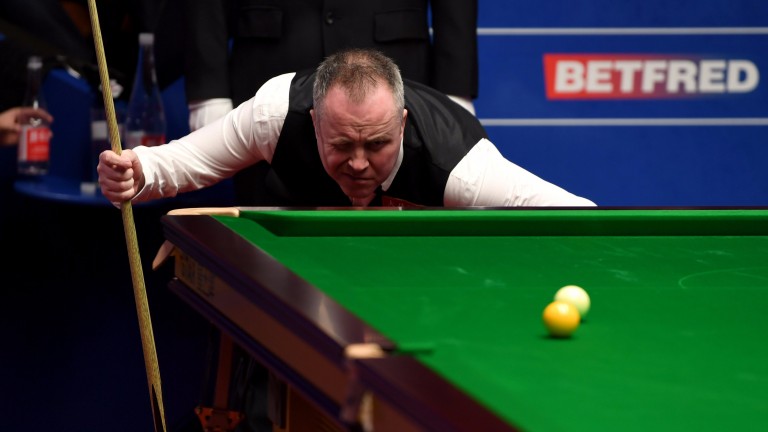 Twice a Masters champion, three times a UK Champion and four times a World Champion John Higgins is ready to make it five Crucible crowns when he takes on Mark Selby in the Betfred World Championship final.

Higgins has been back to somewhere near his best over the last two weeks and has been in good nick all season.

Victories against Martin Gould, Mark Allen, Kyren Wilson and Barry Hawkins represent strong form and the Scot showed he can score heavily when making two centuries and seven breaks of more than 50 in that 13-9 victory over Allen.

A 17-8 win over Hawkins in the semi-final also looks rock-solid, given what a class cueman the Hawk is over this format, and it seems as if bookmakers are overplaying Selby's 17-15 semi-final win over Ding Junhui.

Ding had been the player of the tournament and Selby produced an excellent performance to beat him, hoovering up any chances the Chinese sensation left.

However, that was just one match and this is a new day. Will Selby get the same opportunities against a master tactician like Higgins and should the Wizard of Wishaw be a 23-10 shot to win one match against the defending champion? In my view no.

Selby's semi-final success was an impressive result but it's worth remembering that prior to that he had beaten Fergal O'Brien, Xiao Goudong and a woefully out-of-sorts Marco Fu.

That does not compare to the calibre of potter Higgins has beaten and that makes it even harder to ignore the price about the underdog.

There will be no easy ride for Selby tactically, particularly as Higgins is unlikely to play as openly as Ding did in the semi-final. The Jester feasted on a glut of mistakes - which is where he gains most of his frame-winning opportunities - but Higgins possesses far more table craft than any of Selby's Sheffield victims.

The Wizard of Wishaw can match Selby in the scoring department and has the experience and temperament to perform on one of the biggest stages in sport.

A victory for Higgins and a fifth world title will not prove he is one of the finest players ever to pick up a cue - we already knew that - but it will certainly be a fitting crown for one of the all-time greats.