Hendry makes a strong case to go one better 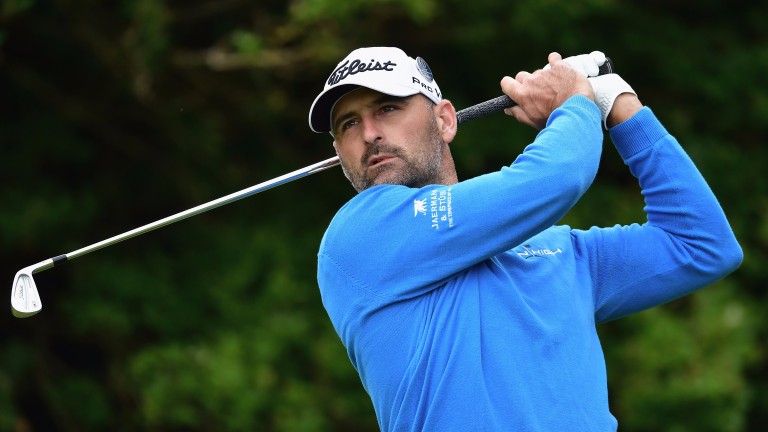 Wilkerson's top tip
Michael Hendry 20-1
The co-sanctioned Fiji International may lack star names and television coverage this week, but the test provided by the redesigned Natadola Bay could encourage an interesting competition between some the European Tour's lesser lights and challengers from Australasia and Asia.

This is the third year the tournament has been played at the venue and this could be its most competitive incarnation after American duo Matt Kuchar and Brandt Snedeker took the honours in the last two years.

Snedeker left the field in his wake as he earned a seven-shot success, but the player who ran him closest was New Zealand's Michael Hendry and there is scope for him to have another excellent week.

Hendry has not played in a world ranking event since he failed to make the cut at the Open at Royal Birkdale, but he has been performing well on the Japanese Tour, where he has finished in the top 15 in four of his last six tournaments.

He has also been in the winners' enclosure on the Australasian Tour this year having enjoyed a memorable success at his home Open and he was plainly comfortable playing in last year's windy conditions.

Hendry should also have an advantage over the three players in the field higher than him in the world rankings - Jeunghun Wang, Ryan Fox and Scott Hend - all of whom were in action at the USPGA Championship.

Next best
Jazz Janewattananond 33-1
It is difficult to gauge exactly how much of a factor course knowledge will be this week as not only have 15 of the 18 holes been altered in a redesign, but the tournament is also being played two months earlier than last year.

But if there is a player capable of taking advantage of the general unfamiliarity concerning the venue, it could be Thailand's Janewattananond.

He missed the cut at the Dean & Deluca International on the US Tour in May, but the 21-year-old has been in great nick a bit closer to home and could be ready to make his mark.

Janewattananond has finished in the top ten in six of his last eight world-ranking events and that run did not include a victory at the Singha Classic in his homeland last month when he shot a final-round 60 to overturn a nine-shot final-round deficit.

If he can head to the south Pacific in that sort of form then he can come out on top of a field that cannot be described as stellar. He stands 30th in the Asian Tour driving accuracy statistics, an ability which could be key this week.

Other selection
Panuphol Pittayarat 50-1
Pittayarat was on the receiving end of Janewattananond's great recovery, but he should not be ruled out either despite the fact he has not claimed a success on the Asian Tour.

The 24-year-old, who turned pro when he was just 14 and won a house when he hit a hole in one at the 2015 Thailand Classic, has finished in the top 40 in ten of his 12 world-ranking tournaments in 2017 and has made the top ten four times.

He hits the ball straight enough to force his way into the shake-up this week.

Others to note
Ryan Fox
The Australian is understandably favourite after top-ten finishes in the French, Irish and Scottish Opens. After those performances, his ability to play in windy conditions should not be doubted, but it's a long trip from the USPGA.

Vijay Singh
The local hero who knows exactly what to expect as he designed the course changes, but he's missed 11 of his last 14 cuts in America.

Jbe Kruger
The South African makes his course debut but is in fine form after winning the Sun Carnival City Challenge on his last outing on the Sunshine Tour.

Scott Hend
A consistent cut-maker on the European Tour who finished tenth at the WGC Bridgestone Invitational before missing the cut at the USPGA.

Course overview This is the second time the tournament has featured on the European Tour calendar, having been co-sanctioned by The Asian and Australasian Tours since 2014.

The tournament has been brought forward from the October spot on the schedule that it has previously enjoyed. While players found conditions tough in the first two years - Matt Kuchar was the only player to break par two year ago - scoring was much better last year and winner Brandt Snedeker finished with a 17-under-par total.

The wind will have a huge bearing on the tournament and numerous changes, designed by local hero Vijay Singh, have been made on 15 of the 18 holes.

These have lengthened the test by 222 yards but most alterations have been made in an attempt to lessen the influence of the weather. The ability to keep the ball in play remains key, with the opening couple of holes likely to be a test in the face of the prevailing wind.

There are two par-fives on each nine and the par-four 12th hole should be driveable in helpful weather.

Story of last year Brandt Snedeker made mincemeat of the track as he equalled the course record on the second day and closed a seven-shot victory over Australian Michael Hendry.

Weather forecast It looks set to be a dry week with winds at their strongest on Thursday and Friday. Temperatures should be around 26C on Saturday and Sunday when breezes are expected to be light.

Type of player suited to challenge An ability to handle wind is
most important. Support accurate players comfortable in rough
weather