Stuart Bingham already in the quarter-finals 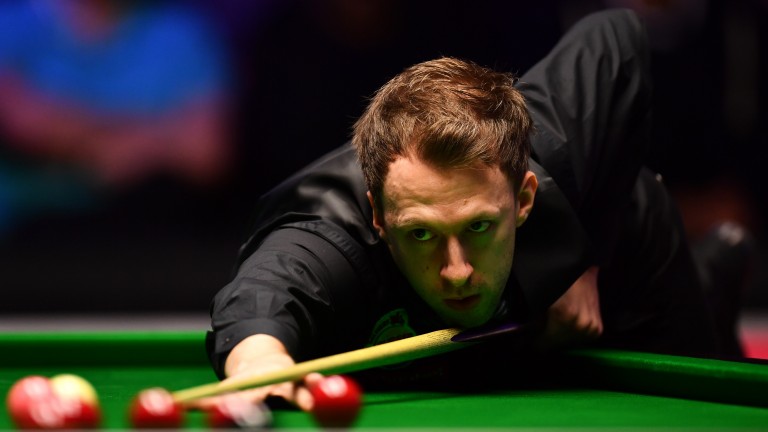 Judd Trump looks to be turning a corner and could be set for a big couple of months
Justin Setterfield
1 of 1
By Henry Hardwicke 8:00PM, SEP 10 2018

Kyren Wilson made it back-to-back titles when he landed the Six Red World Championship last week after claiming the Paul Hunter Classic but his run of victories could come to an end when he takes on Judd Trump in the Shanghai Masters.

Trump's season has got off to a low-key start. He did not enter the Riga Masters or Paul Hunter Classic and lost at the last-32 stage of the World Open in between, but taking part in snooker's most lucrative invitation tournament, with £200,000 to the winner, looks sure to bring out an improved performance.

There's no doubt that Wilson is in good nick and his rapid improvement has seen him land titles and move up the rankings. But a best-of-11 contest against one of heaviest scorers in the game could see him come unstuck.

The layers rate Trump only a narrow favourite but perhaps that puts too much emphasis on Wilson's recent triumphs and it looks worth backing the Bristol Boy to prevail.

Early birds can back Barry Hawkins at 8-11 when he takes on 5-4 shot Stephen Maguire while Mark Selby is 2-7 to come through against 3-1 poke Zhou Yuelong in Tuesday's 7.30am tussles.