Match should be closer than odds suggest 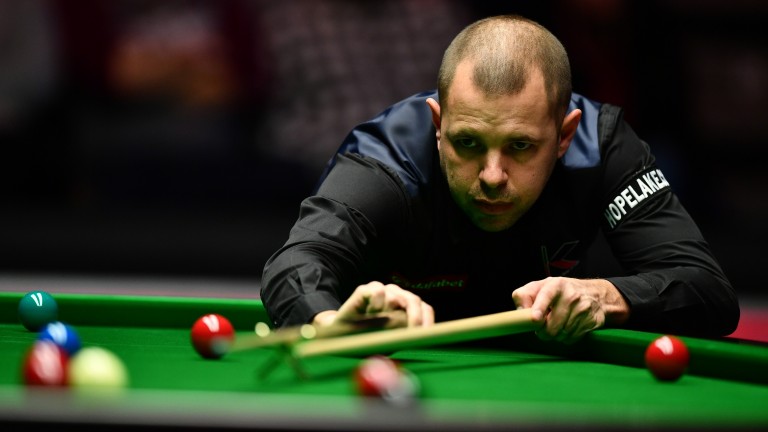 Barry Hawkins in action during his Masters semi-final against Joe Perry
Dan Mullan
1 of 1
By Henry HArdwicke 8:12PM, FEB 7 2017

Barry Hawkins is a top-class cueman who often seems to be underrated by the layers and that looks to be the case when he faces Judd Trump in round two of the Ladbrokes World Grand Prix in Preston.

A case can certainly be made for Trump being favourite, but whether Hawkins should be as big as 13-8 for today’s contest is another matter.

The Ace looked in decent nick when making a 145 break and seeing off a spirited Tom Ford in the opening round, but Ford had plenty of chances in the frames in which Trump failed to clear in one visit and it’s unlikely that Hawkins would be quite so forgiving in similar situations.

The Hawk tends to get stronger as a tournament progresses and he has certainly been in decent form this season, reaching the semi-finals of the Masters and the quarter-finals of the recent German Masters.

There looks to be little to separate the two cuemen and, at the prices, Hawkins has to be the bet.

There’s no doubt that Mark Selby is a superior operator to Martin Gould but the gap between the two may not be as pronounced when the pair clash in the first round at the Guild Hall.

Selby can often take a while to click into gear and this short best-of-seven-frames format could suit Gould.

The Pinner potter is a streaky performer so it was encouraging to see him have a good run to the semi-finals at Berlin’s Tempodrom last week. Backing their World GP clash to last over 5.5 frames at 8-11 looks a wise wager.