England check in to World Cup base 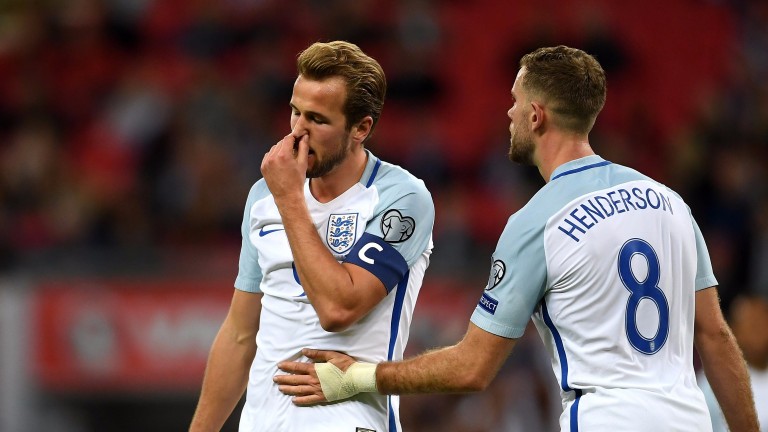 England have checked in at their World Cup base in Repino, north of St Petersburg, and bookmakers expect their stay in Russia to last a lot longer than the 2014 team's mini-break in Brazil.

Four years ago Roy Hodgson's side were eliminated after just two games and only eight days into the tournament, although they had to hang around for a few extra days before finishing off with a drab 0-0 draw against Costa Rica.

A much better effort is anticipated this summer.

England are a 1-7 to get past the group stage and 4-5 to reach the quarter-finals, which they haven't done since 2006.

Harry Kane is carrying the bulk of the goalscoring responsibility and has been backed to outscore his teammates.

Ladbrokes said the Spurs striker has attracted 85 per cent of bets in the England top scorer market.

Raheem Sterling is the second favourite at a best-priced 13-2 and Marcus Rashford was supported after his superb goal against Costa Rica at Elland Road last Thursday, shortening from 10-1 to 8-1 with bet365.

Centre-back Kamil Glik will remain part of Poland's World Cup squad as he continues his recovery from a shoulder injury.

The Poles are hoping that Glik, their strongest defender, will be available for the third group match against Japan.

Eden Hazard is expected to be fully fit for Belgium's clash with Panama next Monday despite being substituted with a dead leg as the Belgians won 4-1 against Costa Rica on Monday.

Red Devils manager Roberto Martinez said: "He just had a dead leg towards the end of the match. I really enjoyed his performance. He was sharp and strong, he was majestic."

Japan completed their preparations for the tournament by coming from behind to defeat Paraguay 4-2 in Innsbruck.

The result brought an end to their seven-match winless sequence in international friendlies.

However, the Blue Samurai have been weak in the betting, easing from 9-2 to 5-1 to win their World Cup opener against Colombia.

Spain head coach Julen Lopetegui has been announced as the new manager at Real Madrid after agreeing a three-year contract with the Champions League holders.

Guti had been the odds-on favourite to fill the vacancy at the Bernabeu.

Cardiff have snapped up winger Josh Murphy from Norwich in a reported £11 million deal.

The 23-year-old has agreed a four-year contract with the Bluebirds.