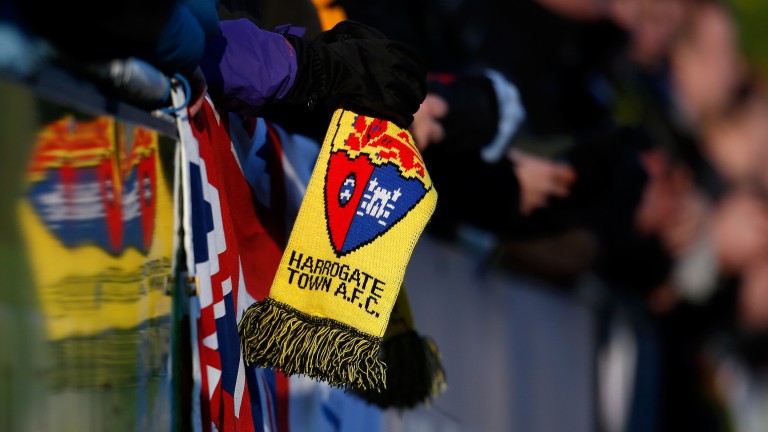 Harrogate are enjoying a promising first season in the National League
Paul Thomas
1 of 1
By Andrew Wilsher 8:00PM, JAN 18 2019

Harrogate are the second-highest scorers in the National League, and they could continue to find the net when they host Hartlepool.

After a promising start the hosts have started sliding down the table and face a battle to make the playoffs. While their attacking power has not been affected, they have been struggling at the back and Richard Money's side look poised to capitalise.

There has been a goal at both ends in Harrogate’s last eight matches in all competitions, while Hartlepool can boast a similar feat across their past six, and those records look likely be extended.

Key stat
Harrogate have not kept a clean sheet since October.

Team news
Harrogate
Harrogate will be without Jordan Thewlis who was injured while on loan at Boston United. Liam Agnew remains on loan at York.

Hartlepool
New signings Luke Molyneux, Nicke Kabamba and Michael Raynes are available, while Conor Newton could return from injury. However, loan defender Harvey Rodgers has gone back to Accrington and Liam Noble (calf) and Luke Williams (knee) are still sidelined.