Terriers have won four on the spin 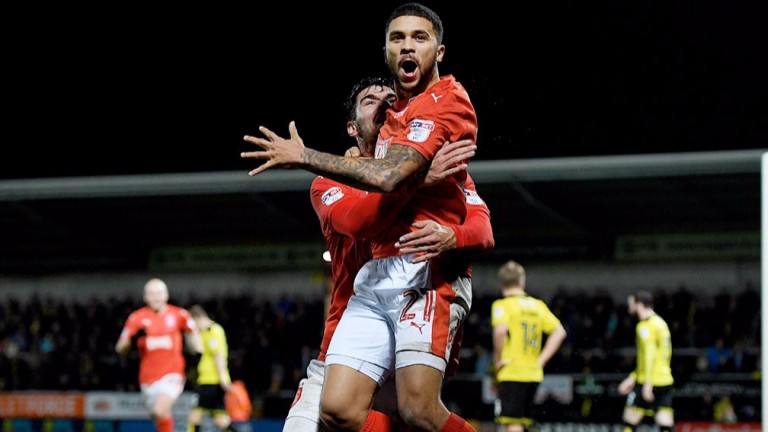 Huddersfield v Blackburn
High-flying Huddersfield have banked 13 points from a possible 15 in December and should be backed to maintain their Sky Bet Championship promotion push with a home win over third-bottom Blackburn.

After a winless November, Huddersfield appeared to be in danger of throwing away the good work they had done in the early part of the season.

But they have responded with four straight wins and are entitled to be red-hot favourites to overcome a Blackburn side who are 22 points worse off.

Rovers have lost four matches in succession since a fortunate 1-1 draw at home to Huddersfield in early December when they lost the shot count nine to 29 and had a 33 per cent share of possession. Their chances this afternoon are hampered by a long absentee list.

They look stretched in defence with suspensions ruling out right-back Jason Lowe and utility man Darragh Lenihan and injuries afflicting centre-backs Tommie Hoban and Elliott Ward and right back Adam Henley. Influential winger Ben Marshall (illness) is also a doubt and Rovers simply do not possess the necessary strength in depth to cope.

Huddersfield are missing energetic midfielder Jonathan Hogg (knock) and winger Sean Scannell (ankle) but should get the job done.

Oldham are fighting a relegation battle for the second successive season but their Sky Bet League One survival hopes could improve at Fleetwood today where they are capable of taking at least a point.

The Latics are bottom of the table on 18 points from 22 games but were only two points better off at the same stage last term and ended up finishing 17th – eight points clear of the drop zone.

Repeating that escape act will be tough and will probably depend on how successful they are in adding an extra striker or two in January.

Oldham are by far the lowest scorers in the league with just 12 goals and their current first-choice centre-forward – on loan Dundee United striker Billy McKay – has failed to score in 20 league appearances this season.

However, Oldham played well enough in a 2-0 loss at Sheffield United on Monday – going toe-to-toe with the Blades until two Billy Sharp goals in the last 20 minutes – and they can be competitive against Fleetwood, who are hampered by injuries.

Influential midfielder Kyle Dempsey (leg) and wingers Jimmy Ryan (foot) and Martyn Woolford (knee) are ruled out for the Cod Army, who were off-colour when drawing 0-0 at home to Bury on Monday.

They will need to improve to overcome Oldham, who have drawn two of their last three away league games.

Coventry have looked out of their depth in recent weeks and their seven-match losing sequence in Sky Bet League One games looks likely to be extended with a defeat at Peterborough.

Second-bottom Sky Blues are the second-lowest scorers in the division and the standard of their defending has regressed with only one clean sheet registered in their last 12 games.

On Monday they lost 4-1 away to a Bristol Rovers side who had gone into the match having won just one of their previous six league games, and Coventry face a similar experience against Posh, who are looking to climb back into the playoffs.

Peterborough have won eight of their last 11 games in all competitions and they will be looking for a convincing win to set them up for a tough match away to leaders Scunthorpe on Monday.

Southend are unbeaten in 11 Sky Bet League One games stretching back to early October and can cement their top six position by beating Charlton at Roots Hall.

The Shrimpers have won three games in succession and were impressive 3-0 victors at home to playoff-chasing rivals Wimbledon on Monday. They look a solid draw-no-bet wager at home to Charlton, who had gone six games without a win before their smash-and-grab 1-0 success at MK Dons on Monday.