Hard-fought contest on the cards as Ireland host Springboks

Scrum-half Murray could be the man to cash in 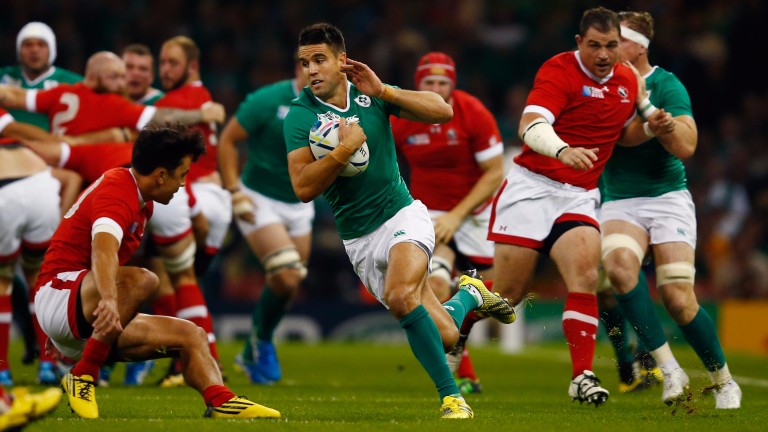 Two powerful packs, strong kicking games, solid in the set-piece, bruising midfield combinations with storming ball-carriers and dogged scrappers in the back row - there are a lot of similarities in the Ireland and South African make-ups and there may be little between the teams on the pitch.

Ireland recorded their first win on South African soil last summer and although they went on to lose the series, all three matches were settled by an identical six-point margin.

Indeed, six of the last seven meetings have ended with a margin of less than one converted try and with a physical encounter seeming likely and rain in the Dublin air, this looks all over a hard-fought contest.

After a terrible year in 2016 the Springboks have given their fans something to cheer, but mostly on home soil. They whitewashed France 3-0 in their summer series (although France are just as hard a side to read as the Boks) held Australia to draws home and away, and were pipped by the All Blacks at home by a single point.

Ireland have a new-look backline with Connacht's Bundee Aki making his debut in the centre while wingers Jacob Stockdale and Darren Sweetnam have five caps between them. But full-back Rob Kearney could be a key figure as he is so often outstanding under the high ball and is likely to face a barrage from the Boks.

The Springboks will probably look to stay safe and solid at first as they find their feet on the road while Ireland are much-changed so it could take a while for this match to open up. The teams look set up to battle it out at close-quarters for long periods and tries could be scarce.

One man for the big occasion who can often cash in when battle lines are drawn close to the line is Ireland scrum-half Conor Murray, who scored against the Boks in 2016 as well as in the win over New Zealand and again for the Lions against the All Blacks in the summer.