Hannover can give their promotion push a boost 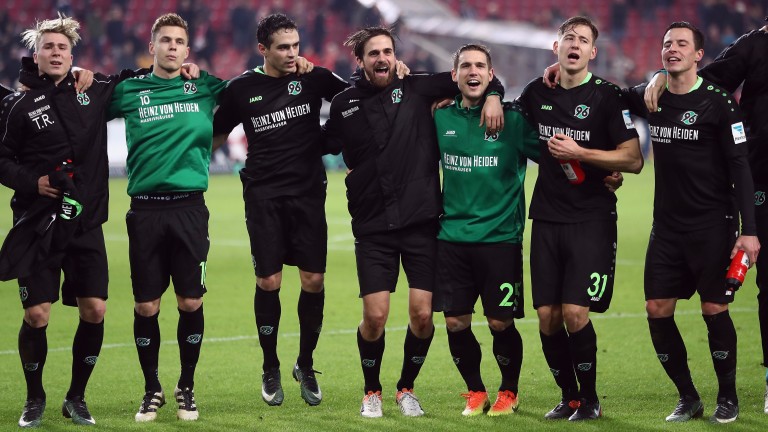 Hannover should be celebrating again after Monday's visit of Kaiserslautern
Alex Grimm
1 of 1
By Mark Langdon 7:06PM, JAN 29 2017

One goal is often enough to beat Kaiserslautern and Hannover look worthy odds-on favourites to beat the powder-puff visitors in the final match in round 18 of Bundesliga 2.

These teams met on the opening weekend of the season when Hannover ran out 4-0 winners and that result hinted at the future for both clubs.

Hannover are going about an immediate return to the Bundesliga following last season's relegation, while the once-famous Kaiserslautern are in danger of slipping into oblivion.

However, their current squad is in a sorry state.

The Red Devils have scored just 11 goals this season with only four players hitting the target and the best of those, Jacques Zoua, is unavailable for this difficult trip as he is at the Africa Cup of Nations with semi-finalists Cameroon.

Osayamen Osawe, who counts Hyde, Accrington and Southport among his former clubs, is the leading scorer with five goals but he last netted in October.

Hannover, with the classy eight-goal Martin Harnik in the side, are in the thick of the promotion race and will see this as an ideal opportunity to turn the screw on Eintracht Braunschweig and Stuttgart.