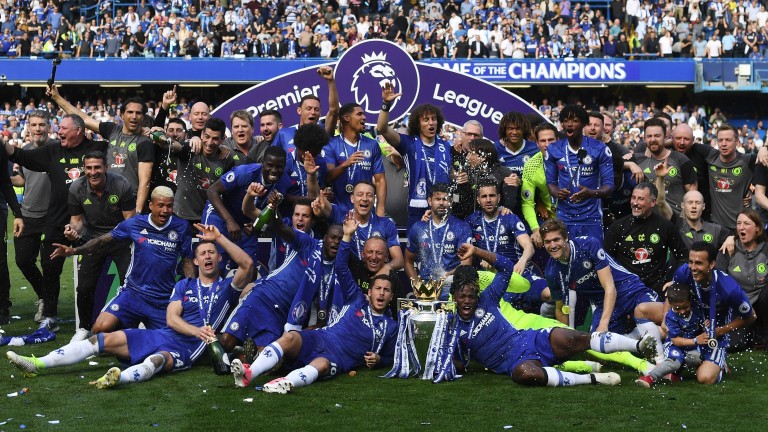 As we approach another general election I was reminded of an old political truism yesterday – “a week is a long time in politics”.

If a week is a long time in politics, what’s football’s equivalent? A football season lasts almost ten months, and that can feel like an eternity.

So long, in fact, that it’s easy to forget what we had believed going into the season, as our minds are changed by good and bad performances we see from teams on a weekly basis.

If we want to get a good gauge on any team’s performance over a whole season and whether we should see their final points tally as a good, average or poor effort, perhaps the best way to do so is to compare what they achieved over the whole campaign with what were seen as fair expectations of that club in early August.

There are few better and more impartial guides for doing so than using bookmakers’ ante-post divisional handicaps and adding those original handicap lines to the league points each team won.

For those unaware, the ante-post handicap is a way of levelling the playing field in each division before a ball is kicked. Most bookmakers offer the market and they’re popular with bettors. The favourite is assigned zero points, and each team beneath them receive a set number of points right down to the complete outsider receiving the most such that, in theory, when the actual league points won over the season are added to each team’s handicap mark, every team has an equal chance of winning.

For no other reason than they were the first set of lines I found, I’ve taken bet365’s divisional handicaps and added each team’s points won to give a handicap league table for all four divisions.

In the Premier League, not only were Chelsea worthy and convincing champions but they also outperformed bookmakers’ expectations by the widest margin, and it wasn’t even that close. It was a superb achievement from Antonio Conte in his first season after the appalling time the club had in the previous campaign.

Tottenham finished in second, as they have in the league table, but again finish the season with no silverware. It was another excellent campaign for them, though there will be some frustration among supporters that they’re fast becoming a regular bridesmaid. The Tottenham of old were never even invited to the wedding, though, so it’s clearly significant progress.

Tony Pulis and Sean Dyche deserve credit for West Brom and Burnley’s achievements while Liverpool, Everton and Bournemouth fans have little to complain about. The Reds hung on for fourth after a flying start, while the Toffees and Cherries probably finished in the highest position they could, realistically.

In joint-eighth of 20 come Arsenal. It seems a majority of their supporters would like Arsene Wenger to go now rather than a minority, but compared to sensible pre-season expectations they performed better than more than half of the teams. Is that a sackable performance? In isolation it shouldn’t be.

The issue with Wenger over the past decade is not that he consistently underachieves – he does not. But when was the last time he overachieved? The so-called stability he brings is only an advantage if it allows you to outperform reasonable expectations, at least occasionally.

At the foot, Leicester were never likely to follow up last season’s effort but that was factored into their handicap mark, as nobody ever expected them to. Yet they still underachieved over the course of the season by the widest margin, even despite their post-Claudio Ranieri spring revival.

West Ham overachieved last year primarily due to Dimitri Payet’s brilliance, but were unable to get anywhere close to that this season and playing in a new stadium, which still doesn’t feel like home, didn’t help – something Spurs will have to deal with next season.

David Moyes’s effort at Sunderland can only be viewed as disastrous, while Jose Mourinho put all his eggs in the Europa League basket from April and it paid off, but next season he’ll be expected to go much closer to a title challenge and 15th on the handicap won’t be acceptable.

In the Sky Bet Championship, playoff finalists Reading are the overachievers of the year, an incredible effort for many reasons – not least because most of the key statistical metrics suggest they’re barely even a side of top-half quality. Genius from manager Jaap Stam or the biggest outlier in English football this season?

There was a similarly excellent effort from David Wagner at Huddersfield, whose side meet Stam’s at Wembley on Monday, and Chris Hughton is finally receiving the recognition he deserves for his excellent stewardship at Brighton in recent seasons.

Rotherham were outsiders of the field in pre-season and failed to even live up to those virtually non-existent expectations. Unless they make some significant changes over the summer it seems unwise to expect them to play much of a part of next season’s League One promotion battle.

Aston Villa and Wolves, two big clubs who spent a lot of money this season, will demand far better in 2017-18 than the disappointing effort they produced this term.

In League One, most credit goes to Uwe Rosler, whose Fleetwood side got outstayed by Bolton for the second automatic spot then came up just short against an experienced Bradford side in the playoff semi-final.

Champions Sheffield United came home in second spot on the handicap and it wouldn’t be a surprise to see them nearer the top six than the relegation battle when they move to Championship level.

There were notably good efforts too from Scunthorpe, Bolton, Southend and Rochdale. Of the four sides promoted from League Two last season – Northampton, Oxford, Bristol Rovers and Wimbledon – three of the four ended the season in the top half of the handicap table with credit due to three good young managers there, Michael Appleton, Darrell Clarke and Neil Ardley.

That may be a pointer for next season, as the gap between Leagues One and Two often appears smaller than bookmakers tend to believe. Portsmouth, Doncaster and Plymouth are bigger clubs than many already in League One and it would be no surprise to see all three sitting near the top of the final handicap table this time next year.

In League Two, Plymouth failed to get the final-day win which would have won them the title but still outperformed pre-season expectations by the widest margin. Honourable mentions go to managers Darren Sarll at Stevenage and Paul Tisdale at Exeter.

At the foot, the less said about Leyton Orient’s sorry season the better. A team who were a penalty shootout away from reaching the second tier just three years ago, and among the ante-post favourites to win League Two this season, finished more than 20 points adrift on the handicap.

So when the Racing Post new season pullout comes out in August, the handicaps will help evaluate who overperformed and underperformed this time next year. And a year really is a long time in football.