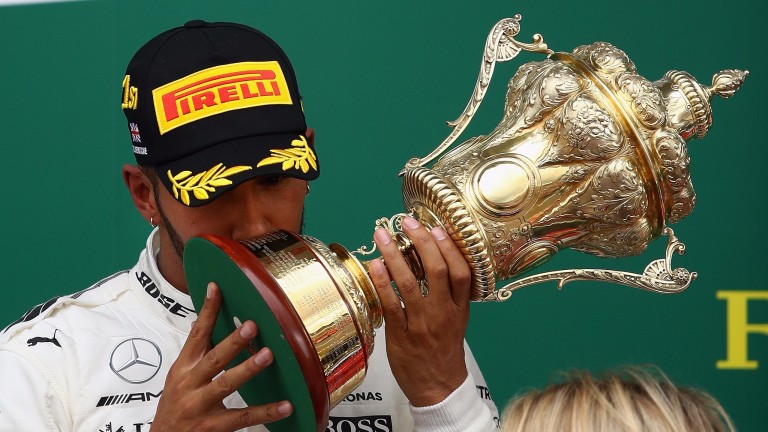 Lewis Hamilton narrowed his deficit to Sebastian Vettel at the top of the drivers standings to a single point after a dominant display at Silverstone on Sunday coupled with a late setback for his title rival.

The British driver recorded a crushing victory in the British Grand Prix – a record-equalling fifth win – as he led every lap to the delight of the home crowd.

Ferrari driver Vettel had held a 20-point advantage over Hamilton in the drivers champion-ship before yesterday’s race, and looked set to finish close behind in third but suffered a puncture in the penultimate lap and had to settle for seventh.

That left him on a tally of 177 points, just one more than Hamilton who has now won three of the last six races compared to just one victory for Vettel.

Ferrari’s Kimi Raikkonen was poised to finish second but also suffered a puncture in the closing moments to promote Valtteri Bottas one spot as Mercedes completed a remarkable one-two finish.

Bottas started ninth but stormed back through the field, including a pass on Vettel with eight laps remaining to the delight of the partisan crowd.

Attention now turns to Hungary, venue for the next race a week on Sunday, and Hamilton is a warm odds-on favourite to claim back-to-back victories for the first time this year.

He has won five of the last eight stagings at the Hungaroring including last year’s race, and ominously victory in Budapest propelled Hamilton to the top of the standings above Nico Rosberg.
Vettel, who won in Hungary in 2015 for his only success at the track, is next in the betting at 4-1 while Bottas is 9-2 and it’s 12-1 the field.

The German was sanguine about his unfortunate end to the race yesterday, saying afterwards: “I don’t think anyone particular is to blame. Hindsight is great but at the time it felt okay.

“Kimi had a similar issue and his tyres were I think five or six laps fresher. I think this caught us both by surprise.”