Hamilton can put the pressure on title rival 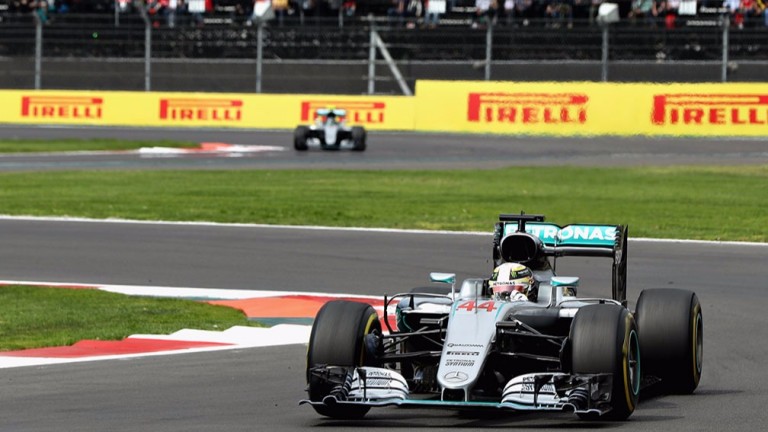 Lewis Hamilton appeared in the mood to take this season’s F1 title race down to the wire as the cars hit the track for the first time in Brazil on Friday.

The British driver, who trails teammate Nico Rosberg by 19 points with two races left, was fastest in practice one and just had the edge again in the afternoon session.

There was only three-hundredths of a second between them in the second practice but the fired-up Hamilton has won pole at three of the last four races, raising his game on Saturdays, and looks the best bet to go fastest in the key qualifying session.

Rosberg knows he can afford to finish second on Sunday and in Abu Dhabi to be champion and a victory in either race would assure him of the title, but there were signs yesterday that Red Bull have the potential to mix things up.

Max Verstappen split the Silver Arrows in first practice, while Daniel Ricciardo was right behind Rosberg in fourth place early on.

Williams’ Valtteri Bottas was third in the afternoon and Felipe Massa fourth, but the Red Bulls look like the more likely challengers to Mercedes today and tomorrow.

Verstappen and Ricciardo appear to have the potential to extend the team’s run of podium finishes at the last five races and Rosberg in particular would no doubt prefer not to have them causing a distraction. The German has won in Brazil for the last two seasons after taking pole.

Rain was forecast for all three days of track action in Sao Paulo but the threat appears to have been reduced. Showers are still expected before and after the sessions, but the mid-afternoon periods are now expected to miss the worst of any downpours.

Circuit characteristics An anti-clockwise track with long, fast corners which is rustic by today’s standards, though it has been

Last year Lewis Hamilton spent the race unable to pass polesitter Nico Rosberg. Hamilton was forced to make a third tyre-stop late in the race, matching his teammate’s strategy but denying him a chance to try for a tactics-based victory