Hamilton can edge ahead of the pack in Mexican qualifying 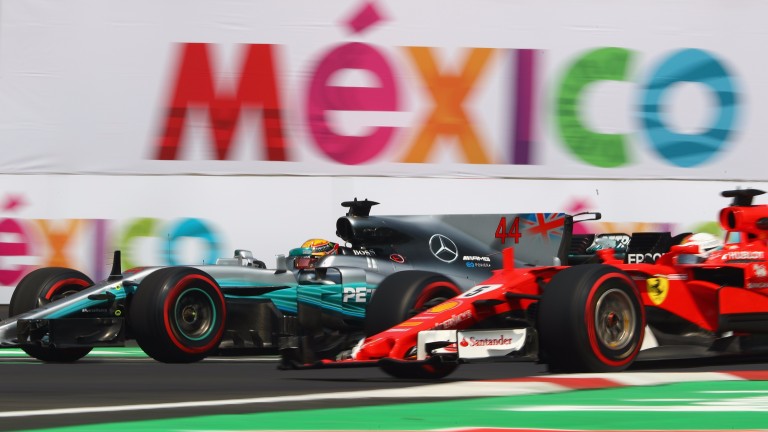 It was tight at the top in second practice for the Mexican Grand Prix, with Daniel Ricciardo heading the pack and the big six drivers separated by less than half a second.

Ricciardo knows translating that performance into pole position will be a challenge. Lewis Hamilton, who was second-fastest, can crank up the power of his Mercedes engine in the session that counts - an option not available to Red Bull racers Ricciardo and Max Verstappen.

Sebastian Vettel has lined up second on the grid at the last two races and should be in the mix again.

The Ferrari driver got a shock in second practice when his fire extinguisher burst, costing him some time, while Verstappen's running was cut short by an engine failure, although the Dutchman will not have to take a grid penalty.

But Hamilton was full of confidence after his practice run, which he described as his best-ever on the ultrasoft tyres. The Mercedes is not always at its strongest on Pirelli's least durable tyre but Hamilton looks the right favourite to take his sixth pole in the last seven races.

That would put him in prime position for the top-five race finish he needs to wrap up the championship.

Mercedes were not confident about their chances heading to Mexico, as the cars run in high-downforce configuration.

However, while the pack might be breathing down his neck, Hamilton has made a habit of finding something extra in qualifying this year, and at 10-11 he is a decent bet to do so again.