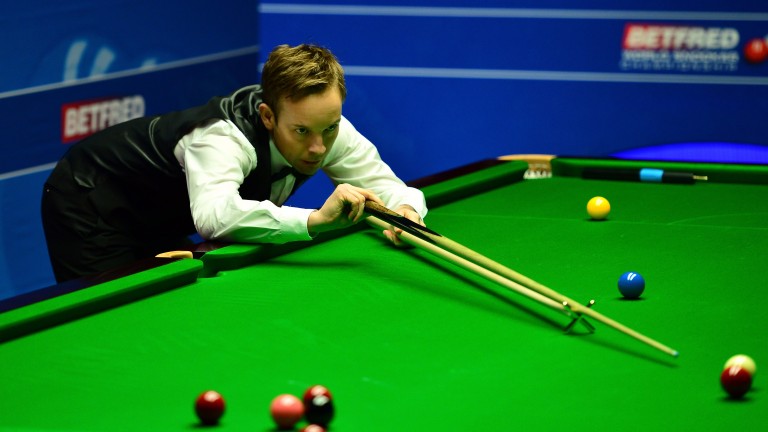 Anthony Hamilton has claimed a number of top scalps on his way to his first ranking event final in 15 years and the Sheriff of Pottingham can shoot down another when he takes on Ali Carter in today’s German Masters decider.

Veteran Hamilton has come through an extremely tough draw to reach today’s Berlin showpiece. The Nottingham cueman is a capable performer and has been tested to the maximum against Mark Williams, world number one Mark Selby, Barry Hawkins and Stuart Bingham.

The 45-year-old is very much the underdog but there’s reason to believe he can topple Carter, who is bidding to regain the title he won in 2013.

Hamilton, appearing in just his third ranking event final, will need plenty of fortune but he’s a master at long tactical frames and that could give him the edge.

Conditions are tough and players are finding it difficult to muster heavy breaks. There were just two centuries made in the quarter-finals and the highest break in yesterday’s last four encounters was an 89 from Hamilton in his win over Bingham.

Carter is a determined character and he’s one of the best all-round cuemen on the tour. However, frames could turn scrappy and, with centuries hard to come by, his heavy scoring is unlikely to get him out of jail.

Hamilton is one of the best players on the circuit to have not won a ranking event but the popular potter can shed that tag with victory in Berlin.