Hamilton 2-5 for world title after victory in France 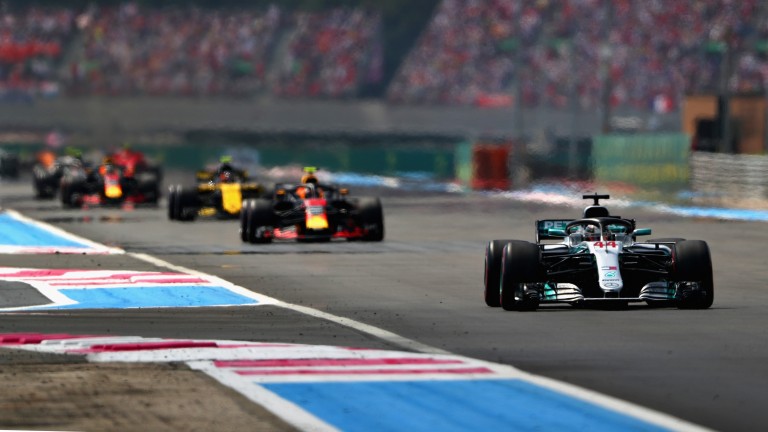 Lewis Hamilton was left in the clear after an early collision
Dan Istitene/Getty
1 of 1
By Phil Agius 7:19PM, JUN 24 2018

Lewis Hamilton carried on where England left off in the World Cup with victory in the French Grand Prix on Sunday afternoon.

The race at the Paul Ricard circuit began soon after the Three Lions demolished Panama and there was an element of a demolition derby about the start.

Valtteri Bottas, who had lined up second on the grid behind his Mercedes teammate Hamilton, collided with Sebastian Vettel at the first corner and ended up seventh.

The Ferrari man was penalised for the incident and finished fifth, dropping him 14 points behind Hamilton in the standings having been one point ahead at the start.

The French event was the first of three on successive weekends with Austria up next before Hamilton's home race at Silverstone on July 8.