Hameed's star may have risen too late to reap rewards

Baby Boycott is an exceptional talent 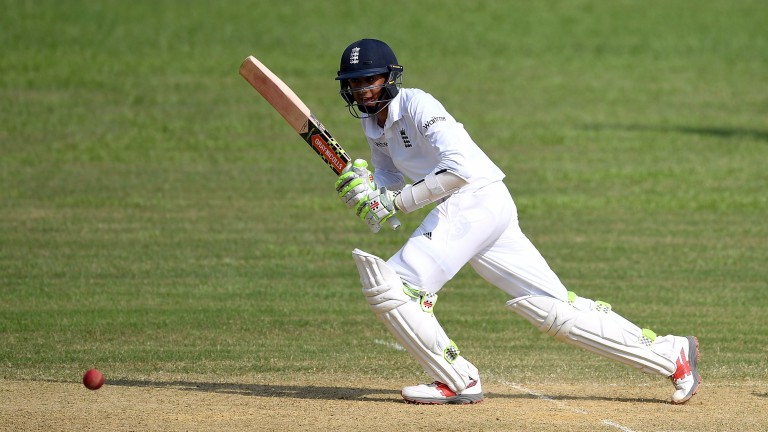 There are few aspects of sport more exciting than the feeling of hope you get when a new star emerges with the potential to enrich our lives with their talent and excellence.

That may take the form of a teenage striker who comes off the bench to score a wonder goal or a two-year-old colt who annihilates his rivals on his debut.

Haseeb Hameed’s arrival on the sporting stage as a young tyro with the ability to conquer the world was not spectacular, but in its own way that is what has made his emergence so paradoxically exciting.

Hameed, you see, is an opening batsman in that increasingly niche form of the game, Test cricket. He caught the attention not by smashing balls out of the ground on his international debut but by doing precisely the opposite.

In a sport in which you are a nobody unless you can reverse sweep with the best of them, the 19-year-old from Bolton is a throwback to the days when blocking the ball rather than knocking it was the core skill that paved the way to a successful career.

Baby Boycott, as he is known, showed exceptional talent from the age of five and was involved in a fierce bidding war for his services between Worcestershire and Lancashire, both of whom offered him an expensive private education.

His local county won that battle and they have already been richly rewarded as Hameed has gently broken all sorts of records on his way to a starring role in the first 11, before he made his England Test debut, only the second teenager to do so since 1949, against India earlier this month.

And in two Tests he has shown why comparisons with Boycott are valid rather than tabloid hype. His dogged refusal to give away his wicket and gather runs at a pace not normally associated with modern Test cricket, which has been contaminated by the sport’s more rapid-scoring versions, make him a rare gem who will delight those fans for whom the game is just not the same these days.

In two Tests in arguably the toughest possible environment he has amassed 151 runs in an amazing 585 balls, numbers that start to make Chris Tavare look like Chris Gayle.

His wonderful, easy-going manner and obvious talent give him a massive chance of going on to enjoy a career that could have cricket’s many stats worshippers swooning. And yet I cannot help but feel a sense of concern that he was born half a century too late.

Most sportspeople whose best years came when the going rate for a top star was still vaguely relatable to the average working wage are bound to feel a pang of envy that they did not operate in the current big-money era, but Hameed might just look back on his career and wish he’d been born at a time when Test cricket was still king.

He is highly unlikely ever to struggle to put food on the table, but cricket’s riches these days lie in the wham-bam world of one-day competition.

And while he could probably do a perfectly good job tying down one end in a suitably explosive 50-overs outfit he is all about guile rather than muscle and the lucrative contracts that are awarded to the brawny T20 masters will always elude him.

Indeed, he might find the form of the game at which he excels is barely regarded as a credible sport by the time he reaches his prime, such is the increasing focus on limited-overs cricket. That’s no bad thing for cricket itself, but it might just leave this remarkable talent as a superstar in a game that nobody wants to watch.

Whatever happens in future, though, Haseeb Hameed’s breakthrough is hugely exciting and it will be fascinating to watch him set about fulfilling his immense promise.

While unnecessary kit clashes continue to diminish my enjoyment of so many televised football matches, it is good to know it is not just football that suffers from this ridiculous problem.

The rugby league Four Nations decider on Sunday between Australia and New Zealand set the kit clash bar higher than ever before and probably to a height that will never, hopefully, be exceeded.

Dark green with a yellow chevron played black with a white chevon, a piece of gormless co-ordination that was so absurd they may as well have gone the whole hog and all worn identical strips.

But football, while yet to create a clash that laughable, needs to sort itself out because too often it is difficult to instantly tell which team is which.

And if you deny, as some do, how confusing it can be when the kits are similar, just watch the below video to see Peterborough's Michael Bostwick, in his side’s flourescent yellow away kit, passing the ball straight to a steward on the sidelines who is wearing a similarly coloured coat.

Uefa does not do everything perfectly by any means, but it does insist teams playing in its competitions do not wear confusingly similar kits.

Room for another Festival race to bridge gap

Ante-post punters wouldn’t like it but the connections of Yanworth might. It’s not the first time this column has held up this particular kite to the wind, but the Cheltenham Festival should have a championship race for horses without the zip for the Champion Hurdle or the stamina for the World Hurdle.

It is illogical that there are middle-distance events for novice hurdlers and novice and seasoned chasers but not mature hurdlers.

We all know the expansion of the festival has created more choice for connections, making life increasingly difficult for ante-post punters, but the gap between two miles and three is unbridgeable for a number of fine hurdlers and I would much rather see the addition of a 2m 5f Grade 1 than another mares-only race.

Meanwhile, colleague Justin O’Hanlon this week boldly took a stab at working out which Willie Mullins stars will run in which race at the 2017 festival.

It’s a bit of fun that is likelier to make you look a dunce than a genius but here, for what it’s worth, are my guesses at the stable’s flagbearers:

FIRST PUBLISHED 9:25PM, NOV 23 2016
In a sport in which you are a nobody unless you can reverse sweep with the best of them, the 19-year-old from Bolton is a throwback to the days when blocking the ball rather than knocking it was the core skill that paved the way to a successful career
Bookmaker
Price
E.W. Terms
bet365
Open Account
Ladbrokes
Open Account
William Hill
Open Account
Coral
Open Account
Paddy Power
Open Account
Betfair
Open Account
Sky Bet
Open Account
Sporting
BetVictor
Boylesport
888sport
TODAY'S OFFERS
TODAY'S BOOKMAKER OFFERS
Exclusive to new customers: