Haase is no back number in his homeland

Dutchman's game is in good order 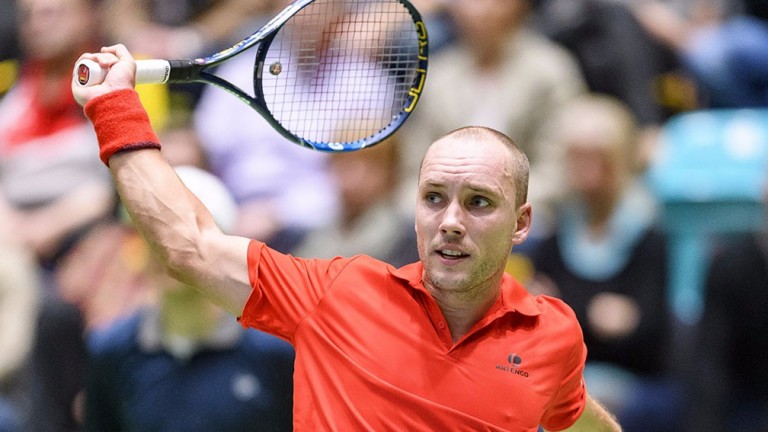 ATP World Tournament
There was talk that Rafael Nadal would be playing in Rotterdam this week, but following his split from his long-time coach uncle Toni Nadal the Australian Open finalist has given the World Tournament a miss.

Marin Cilic is the top seed but the Croat hasn’t looked entirely focused in recent weeks.

Martin Klizan, who took the title as a 50-1 chance last year, is a bigger price 12 months on which seems bizarre. The Slovak’s game looked in reasonable order in Sofia last week too.

Montpellier champion Alex­ander Zverev has claims of going close again but the German, who can defeat Dominic Thiem in their Rotterdam opener, may start to feel the pace later in the week.

Mischa Zverev could show the form of his Australian Open quarter-final placing was no fluke, but there may be greater mileage in a punt on local under­achiever Robin Haase to finally step forward in his home event.

The game of wild-card Haase has looked in pretty good order this year and it’s too soon to give up on the Dutch­man, who may find a path through against David Goffin and the Zverev brothers.

Roberto Bautista Agut has pulled out of the tournament.

ATP Memphis Open
The Americans will be glad to see that four-time champion Kei Nishikori has travelled to Buenos Aires this year instead of Mem­phis, but the home contingent still have work to do to reclaim the title.

John Isner, Sam Querrey and Ryan Harrison would appear to have the strongest claims of the Americans, although teen ace Reilly Opelka, who stands an inch taller than Isner at 6ft 11in, knows the time of day and could prove a live title outsider.

It’s a bit of a shame that Steve Darcis, who took this title nine years ago, is due to try to qualify for Delray Beach next week. The Belgian has been at his peak in recent weeks and deserves a tournament victory for his efforts.

Darcis may receive a special exemption for Florida should he outstay his due time in Tennessee and he is still worth chancing consider­ing his fine form. 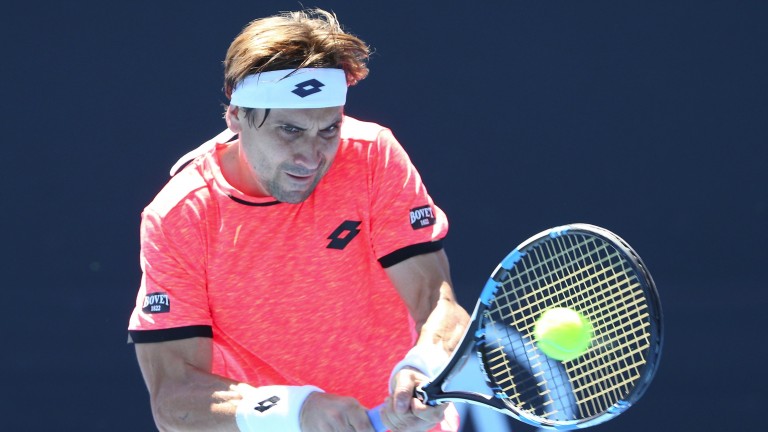 ATP Argentina Open
Given that Kei Nishikori has shown he is capable of winning tournaments on the European clay swing – he’s a dual winner of the Godo in Barcelona – it’s a bit of a mystery why he has chosen to play in Buenos Aires this week and spurned a chance of landing a perfectly winnable fifth Memphis title on the bounce.

Nishikori looks plenty short enough on his ATP clay bow for the season and there could be some juice in the price of Spanish legend David Ferrer. He lost his way a little in 2016 but his game looked in good order in the Australian Open.

Pablo Carreno Busta should make the last eight at least, while Italian ace Fabio Fognini showed that he may not be far from his peak when fighting back from two sets down to deny Argentina’s Guido Pella in the deciding rubber of their recent Davis Cup clash.

WTA Qatar Open
The Qatar Open has been downgraded from a Premier Five tournament to just a Premier event but that hasn’t stopped a decent field turning up in Doha.

Angelique Kerber begins her bid to reclaim world number one status in Doha – she is due to turn out in Dubai next week too – so a decent showing from the German should be anticipated.

Exciting Russian Daria Kasatkina could prove a fly in the ointment for Kerber in round two, though, so punters should take care with the top seed.

With second and fifth seeds Karolina Pliskova and Garbine Muguruza having been busy in the Fed Cup, it could pay to take a chance on Caroline Garcia.

The Frenchwoman, who defeated Pliskova and Petra Kvitova in last season’s Fed Cup final in November, skipped her country’s 2017 opener and may have prepared well for Qatar.