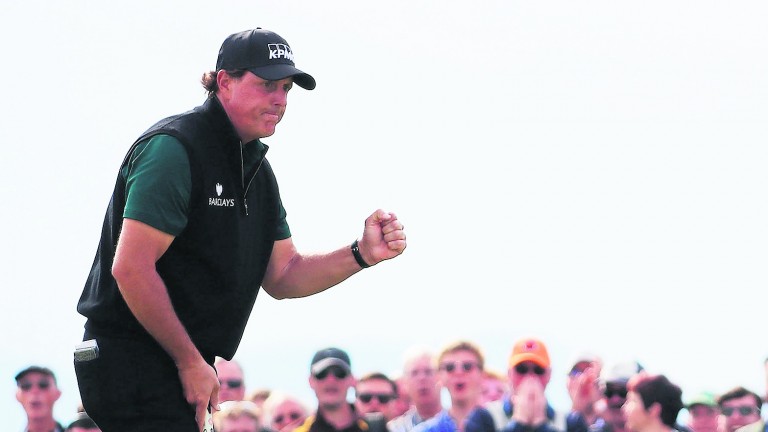 Phil Mickelson has been under the knife since his last tournament
Getty Images
1 of 1
By Steve Palmer 7:47PM, JAN 18 2017

Bill Haas as an even-money outsider to beat Phil Mickelson in the CareerBuilder Challenge this week is one of the most attractive match-bet options a bookmaker has offered in many a moon.

Haas, who has twice won the event as well as finishing runner-up in 2011, relishes his January trip to California and has shown enough form in his three most recent US Tour outings to suggest he will be make a serious bid for a Challenge hat-trick.

Haas was fourth in the WGC-HSBC Champions in China in October, then 13th in the RSM Classic and last week's Sony Open. It is difficult to pinpoint a reason why he will fail to get among the birdies at La Quinta, his favourite tournament of the season.

Mickelson is not even a certain CareerBuilder starter. He had two sports hernia surgeries in the off-season and may not recover in time to tee off today. Lefty has said he will make a “last-minute decision” on whether he can compete.

Punters get the best of both worlds by backing Haas to defeat Mickelson. If the increasingly fragile 46-year-old does not deem himself fit to play, then stakes will be returned. If Mickelson goes to post, he will surely be rusty through lack of practice and vulnerable to an in-running withdrawal.

Betfred are dangling the evens quote and bets stand with the firm as soon as a player tees off. Mickelson could withdraw after hitting just one shot and Haas would be the match-bet winner should he complete 36 holes.

The pick of the prices on the day-one twoballs (two pros go out with two amateurs in this pro-am) is Webb Simpson to outscore Smylie Kaufman in their 6.10pm meeting at the Stadium Course. Simpson has proven himself at the Stadium Course in the past and the former US Open champion seems much more likely to make a solid start than his erratic playing partner.

Simpson finished seventh in the 2008 US Tour Q School, an event which featured three rounds on the Stadium Course he faces today. He carded rounds of excellent rounds of 65 and 69 at the same track in last year's CareerBuilder.