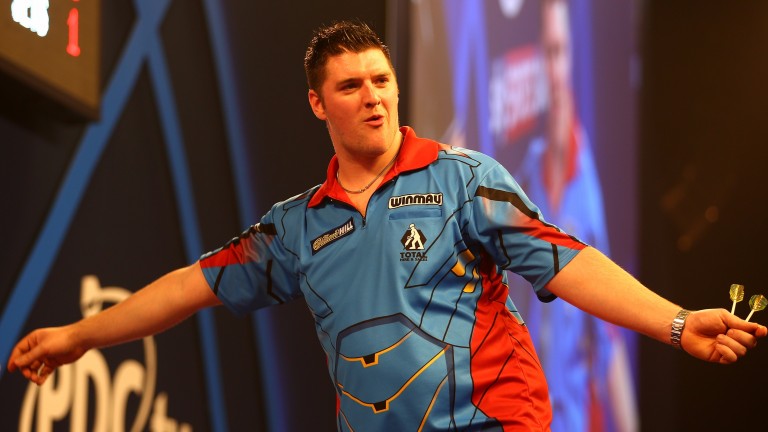 There has been no shortage of drama in Dublin this week with many big names crashing out against lesser lights. But Daryl Gurney has elevated himself to the top level of darts over the last year and he looks ready to take pole position in the World Grand Prix final by beating Simon Whitlock.

Gurney, who was tipped at 33-1 by Racing Post Sport's Steve Davies at the start of the event, has seen off Adrian Lewis, Joe Cullen, Robert Thornton and John Henderson to earn a place in the final. Any win over Lewis is notable and Cullen had been in excellent nick in the floor events.

Henderson had been on a roll this week before Gurney stopped him in the semis and while you wouldn't automatically think that is a supremely impressive result, Superchin has never won a major TV title, so the fact he handled the occasion well enough to win 4-1 has to bode well for the final.

Whitlock's semi-final against Mensur Suljovic was a better quality contest and therefore the Aussie's performance was more impressive in terms of three-dart averages and checkout percentages. However, that was mainly down to Whitlock being pushed far harder by the Austrian than Gurney was by Big John and you can expect Gurney to up his game in the final.

There is no doubting Whitlock has talent but there has to be a question over his abilty to finish the job on a the big stage. A European Championship title in 2012 is the only win the Wizard has on his CV, which isn't a huge return for a player who has contested BDO and PDC World Championship finals.

Gurney can be backed at odds-against giving Whitlock a 1.5-set start in this first-to-five final and that looks worth taking.