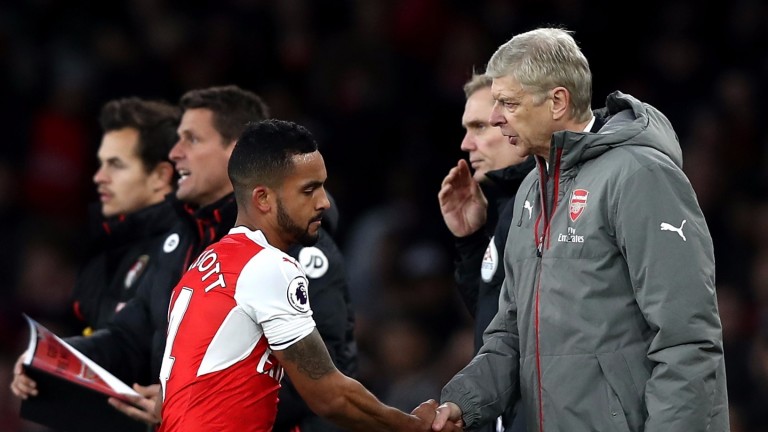 Arsenal's delight at finishing top of their Champions League group proved to be short-lived as the last-16 draw pitted them against Bayern Munich, the 21-5 second-favourites for the trophy.

The Gunners, who face the German giants for the fourth time in five seasons, were eased to 28-1 by Coral after the draw. Finishing second in Group A wouldn’t have done them any favours as runners-up Paris St-Germain have a last-16 tie against favourites Barcelona.

Manchester City are 11-1 to win the competition but they must get past a Monaco side who did the double over Tottenham in Group E.

And Leicester’s reward for topping their section is a tie against Seville, last season’s Europa League winners. The Foxes are 50-1 to lift the trophy and 5-1 with Hills to be the furthest-progressing English team in the Champions League.

Manchester City are 1-3 favourites in that heat with Arsenal 4-1 chances.

It’s 11-4 that Arsene Wenger’s men knock out the German champions and Betfred make it 8-1 that all three English sides reach the quarter-finals.

Ladbrokes go 15-2 about an English team lifting the trophy in Cardiff while Betfred and Hills are offering 50-1 about an all-Premier League final in the Welsh capital.

Borussia Dortmund (12-1) and Juventus (14-1) were trimmed following draws against Benfica and Porto while third-favourites
Real Madrid hardened in the betting after being paired with Napoli.

Zinedine Zidane’s men are 1-4 to progress to the quarter-finals and 5-1 to retain the trophy they won against rivals Atletico in May.

Last season’s beaten finalists are 9-1 to go one better this term and BoyleSports offer 10-11 that any Spanish club rules Europe once again.

The Europa League betting is dominated by English clubs with 4-1 favourites Manchester United followed by Tottenham at 8-1.
United play St-Etienne in the last 32 – the French side lie eighth in Ligue 1 – and Spurs take on Gent of Belgium.

Roma face Villarreal and Borussia Monchengladbach were drawn against Fiorentina.