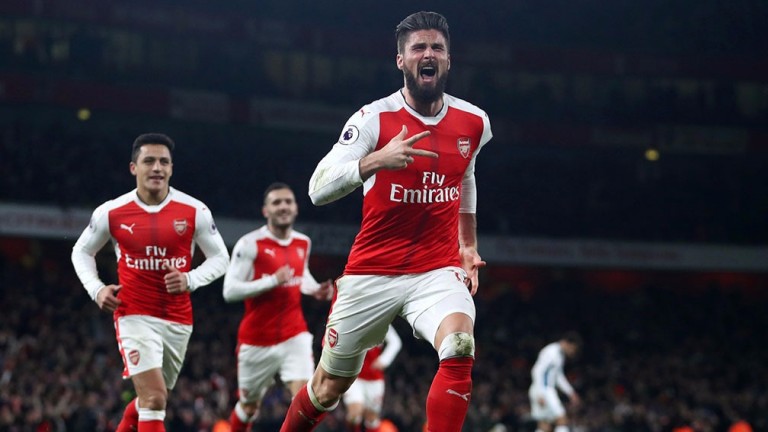 Arsenal have not lost an FA Cup third-round tie since 1996 and they are likely to defeat Sky Bet Championship hosts Preston at Deepdale.

However, it may not be plain sailing for the Gunners, who are without at least six injured players and star attacker Alexis Sanchez, who is being given a breather after his busy recent workload.

Arsene Wenger’s side will probably have to work hard to secure progress at the expense of a gritty Preston side who have lost just three of their last 17 Championship fixtures and the value bet looks to be backing Arsenal to win by a single goal at 11-4, rather than simply siding with the away win at short odds.

Arsenal collected seven points from nine over the festive period and produced an impressive fightback to draw 3-3 at Bournemouth on Tuesday.

But their performance for the first 70 minutes at Bournemouth was as bad as they have played all season and the result leaves them outside the top four for the first time since September.

Champions League qualification is always their top priority and Wenger will be walking a tightrope as he tries to give a few first-team regulars a much-needed breather while sending out a strong enough starting 11 to get the job done.

More and more second-tier managers are deciding to rest key players for the cups but Preston gaffer Simon Grayson is talking up his team’s chances and preparing to send out a full-strength side.

It should include Alex Baptiste, Paul Gallagher, Aiden McGeady and Simon Makienok, who were rested for last Monday’s 1-0 league win at Burton.

There is no prolific goalscorer in Preston ranks but Makienok, a 6ft 7in centre-forward, poses an obvious threat to Arsenal if the home side can get some quality service into the penalty area.

Preston are not afraid to go direct but also possess quality with winger Callum Robinson capable of providing moments of individual brilliance and midfielder Ben Pearson – a former Manchester United trainee – a potential threat with his box-to-box runs.

North End claimed a Premier League scalp in the EFL Cup third round when winning 3-2 at Bournemouth and hope to take advantage of an Arsenal side who had to dig deep for their point against the Cherries.

Arsenal will have to steel themselves for a physical, fast-paced encounter but should have enough quality and class to see them through.

Danny Welbeck could be included on the bench as he steps up his comeback from an eight-month layoff but the bigger dangers to Preston could come from Alex Oxlade-Chamberlain, who will be eager to impress on his first start for three weeks, and Olivier Giroud who is looking to find the net for a fourth successive game.

Giroud was largely confined to the bench before Christmas but has responded superbly and is just 7-2 to score the first goal.

Arsenal
Mesut Ozil (illness) and Lucas Perez (ankle) are doubts and Francis Coquelin (hamstring) has joined Kieran Gibbs, Santi Cazorla, Theo Walcott, and Per Mertesacker on the sidelines. Alexis Sanchez will be rested and Mohamed Eln eny is on international duty.