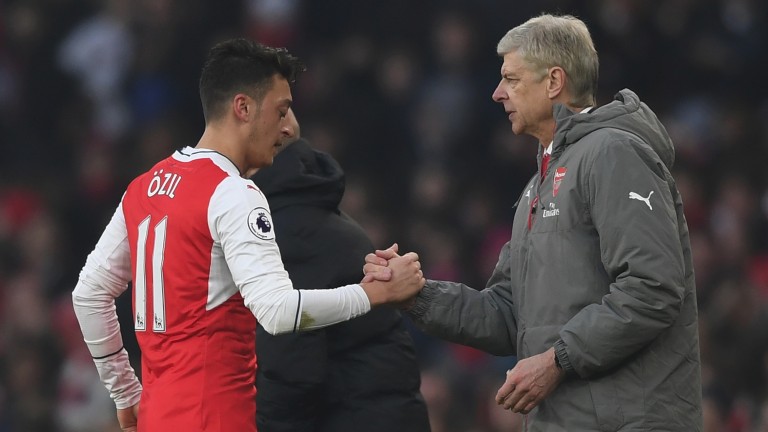 Liverpool have relied heavily on beating the top teams this season but the trend could end with a hugely damaging defeat to Arsenal at Anfield.

The big occasions have tended to suit the Merseysiders, who have achieved four wins and four draws from their matches against the top six.

Those results should have given Liverpool the foundation to mount a title challenge but they have often struggled against modest opposition and all of their five defeats have come against bottom-half teams.

The latest of those setbacks was a 3-1 loss at the King Power Stadium on Monday when they ran into a Leicester side who had been stung into action by last week's sacking of Claudio Ranieri.

Leicester were transformed, showing the desire and ability which helped them win the title last season, but their task was made easier than it should have been by a dreadful Liverpool performance.

Lucas came in for criticism after a woeful display at centre-back but he has never been a central defender and was hung out to dry by the lack of protection from those in front of the back four.

Jordan Henderson – absent with a foot injury – was sorely missed and looks set to be sidelined once again.

In Henderson's stead, Emre Can and Georginio Wijnaldum linked up in the centre of midfield but they were nowhere near competitive enough against Wilfred Ndidi and Danny Drinkwater, who were outstanding for the home team.

Arsenal will not be as combative as Leicester but they are going to pose different problems with their slick passing and movement.

Their record against the top six (one win, two draws and three defeats) does not compare to Liverpool's but they are facing the Reds at the right moment.

Arsene Wenger is unlikely to be unduly concerned about resting players for Tuesday's Champions League round-of-16 second leg against Bayern Munich given that his side trail 5-1 in the tie.

As has often been the case in recent years, Arsenal's season has boiled down to the FA Cup and the battle for a top-four finish.

They are masters at the art of Champions League qualification – finishing in the top four for the last 20 seasons.

The Gunners often come on strong in the final part of the campaign and have a decent recent record at Anfield, losing on just one of their last nine league visits.

There were renewed calls for Arsene Wenger to quit in the aftermath of the heavy first-leg loss at Bayern Munich and those calls would grow louder in the event of a poor result on Merseyside.

But Arsenal's players have often responded positively at crisis moments for their manager and there is no reason to think this weekend will be any different.

Arsenal have shown on numerous occasions that they are not ready to conquer the continent but they are vastly experienced at winning the race for Champions League qualification and are overpriced to grab a massive three points against Liverpool.

Team news
Liverpool
Jordan Henderson (foot) is expected to miss out but Dejan Lovren (knee) is back in contention.

Arsenal
Aaron Ramsey (calf) and Laurent Koscielny (thigh) are available but Santi Cazorla (Achilles) and Mohamed Elneny (ankle) miss out. Mesut Ozil (illness) is expected to play despite being sent home from training this week.

Key stat
Arsenal have lost just once on their last nine league visits to Liverpool.