Gunners are going from strength to strength 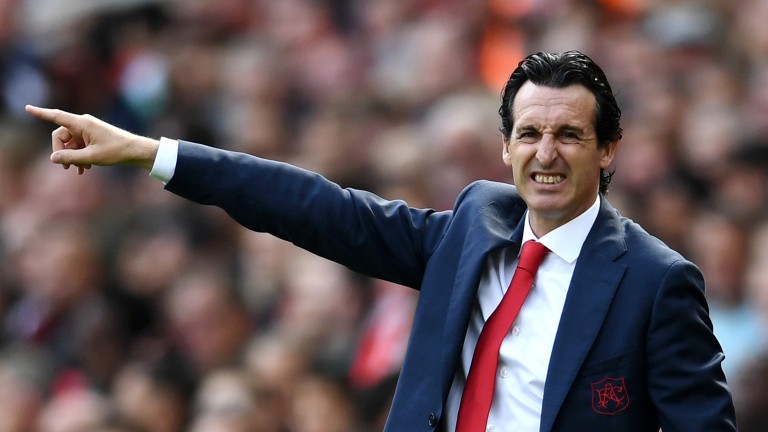 Unai Emery had a modest transfer budget but appears to have spent it wisely
Clive Mason
1 of 1
By Dan Childs 8:00PM, NOV 4 2018

Arsenal slipped out of the Premier League top four this weekend but their 1-1 draw with Liverpool was further evidence of the impressive strides they are making under Unai Emery.

Before the start of the season the Gunners stood out as the weakest link among the big six but they look highly competitive in the race for Champions League places and the performance against Liverpool – which yielded a well-deserved point – was another warning to their rivals towards the top of the table.

Emery had a modest transfer budget but appears to have spent it wisely with midfielders Lucas Torreira and Matteo Guendouzi making positive early impressions.

At 19 years old, Guendouzi looks a fine prospect but Torreira is making the more immediate impact by adding the steel that Arsenal's midfield has lacked for several years.

Arsenal are playing with much more control and carry an obvious threat with Pierre-Emerick Aubameyang and Alexandre Lacazette among the contenders for the Golden Boot.

Finishing in the top four is far from guaranteed but Arsenal are no longer the poor relations of the big six and that is a sign of the swift progress they are making under their new manager.

2 Norwich's patience is being rewarded

It has taken a long time for Daniel Farke to get Norwich playing the way he wants them to but he took them to the top of the Sky Bet Championship table on Saturday after leading them to a 4-0 success at Sheffield Wednesday.

Farke was quick to stress the importance of not getting over-excited and justifiably so because Norwich are the fifth team to have led the division this season and soon lost their summit status when Leeds won 2-1 at Wigan on Sunday.

But he has built an impressive team and has been allowed to do so by patient owners, who kept the faith despite last season's disappointing 14th place.

Norwich's win at Hillsborough was their second impressive performance of the week.

They impressed in a 2-1 loss at Bournemouth in Tuesday's EFL Cup fourth round tie, carving out much the better chances.

Both teams made eight changes but Norwich were unlucky to lose and their strength in depth will stand them in good stead over the course of a gruelling 46-game season.

3 Forest flying under the radar

Five points cover the top eight teams in the Sky Bet Championship and all of them have a chance of promotion, including sixth-placed Nottingham Forest, who are 25-1 seventh favourites in the title betting.

Forest's price has eased from pre-season quotes of 10-1 but they look handily placed and should get better as the season progresses.

A massive overhaul of the squad took place in the summer and it has taken time for Forest to achieve some consistency.

But they have lost just two of 16 league fixtures and Saturday's 1-0 success at home to Sheffield United was one of their best results of the season.

Free agent striker Karim Ansarifard was added to the squad in midweek, adding considerable firepower to a Forest squad which can last the course in the promotion race.

Burton's run to the quarter-finals of the EFL Cup has captured the imagination but their manager, Nigel Clough, will be more pleased with the recent upturn in Sky Bet League One results which are taken them closer to where they want to be in the third tier.

The Brewers have banked ten points from their last five league games and rose to 14th – their highest position this season – after a 3-1 success at Walsall on Saturday.

Burton's slow start to the season was influenced by a spate of injuries but they are starting to put in some much better performances and have plenty of time to get involved in the battle for playoff places.

Crewe suffered successive defeats in Sky Bet League Two this week – losing 3-0 at home to Mansfield and 2-0 at Northampton – but their problems may only be just starting.

The Railwaymen have an eight-point cushion to the bottom two but that is likely to shrink over the next two months because seven of their next nine league games are against teams in the top half.

David Artell's men have lost the shot count in 12 of their 17 league matches and improved performances will be needed if they are avoid being sucked into a relegation scrap.