Guardiola's side can dish out more punishment to layers 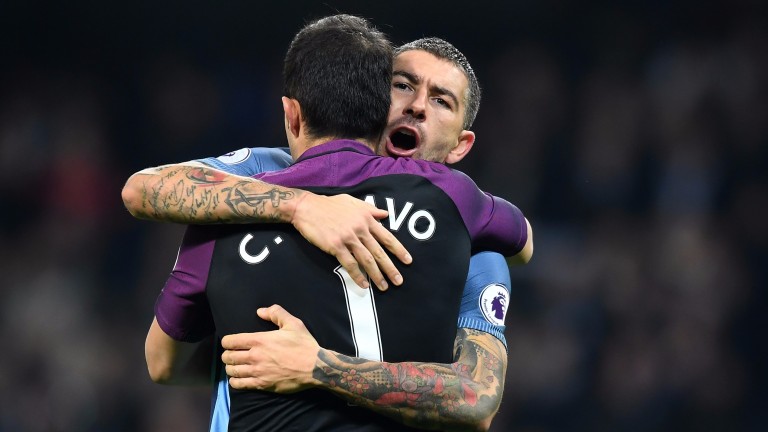 Bookmakers have suffered a stuffing from winning Premier League favourites recently and Manchester City are unlikely to be the Christmas Scrooge for punters.

Seven of the eight Premier League favourites won on December 17 and that was followed by another bonanza in the round before Christmas as popular favourites Chelsea, Manchester United, Tottenham and City all obliged again.

Bet365 estimated their losses at close to £20m and plenty could be riding on City in the late game at Hull with Arsenal, Chelsea and United perceived as home bankers against West Brom, Bournemouth and Sunderland respectively.

If the last leg is reliant on City it could be another painful day for the layers with the visitors fancied to comfortably beat the rock-bottom Tigers.

This will be Pep Guardiola’s first taste of the festive football madness that is traditional in England but given there are seven points to make up on leaders Chelsea he can’t afford to rotate the squad too much despite a monster clash with Liverpool on New Year’s Eve.

The Manchester men have been pretty reliable on their travels this season with six Premier League wins from eight away encounters, scoring a divisional-high 19 goals in the process.

Sergio Aguero remains suspended but that has not been a major problem with City scoring twice in all three of their league matches without the Argentinian during his latest ban.

Guardiola was angry with the performance in their last away game, a 4-2 defeat at Leicester, and spent more than two hours on a training session specifically aimed at winning second balls.

Guardiola talked up the Tigers in his pre-match press conference, although he could hardly point out this is a side propping up the standings with six points from their last 15 matches.

A bumper holiday crowd is expected at the Kcom, which has not always been the case this season, but Hull's only clean sheet came at 19th-placed Swansea and Hull have the worst goal difference in the league (minus 22).

A 1-0 loss to Manchester United was respectable enough but their other games against the elite sides finished in defeats by more than one goal against Chelsea, Liverpool, Arsenal and Tottenham.

The aggregate score from Hull's five matches against the top six is 13-2 in favour of their opponents.

City have not defended well at times this season but Hull, the lowest scorers in the top flight with 14 goals, may not have the attacking punch to take advantage.

Team news
Hull
Ryan Mason and Josh Tymon return to the squad and Allan McGregor is back in training. Abel Hernandez, Will Keane, Moses Odubajo and Alex Bruce remain sidelined.

Man City
Fernandinho is back from suspension but Sergio Aguero remains banned. Pablo Zabaleta is more likely to return against Liverpool and Vincent Kompany remains sidelined through injury. Ilkay Gundogan is set to miss the rest of the season.