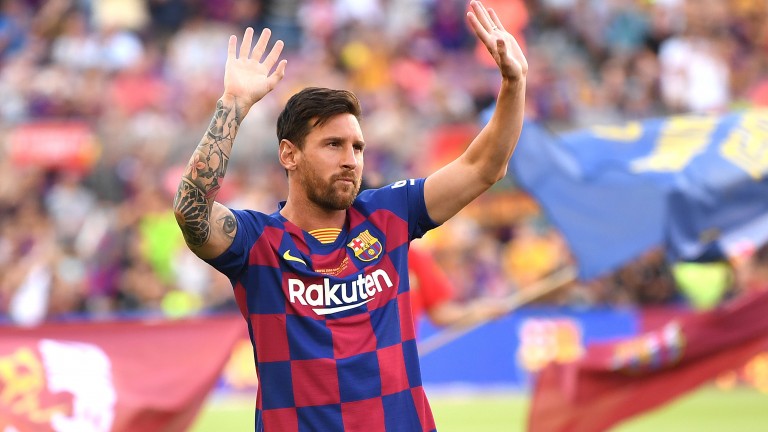 Manager
Winning successive league titles would normally make a coach something of a hero but Ernesto Valverde is far from that at Barcelona due to his Champions League woes. In his two years at the club Barca have suffered two of their most embarrassing results in the tournament.

In 2018 they lost a 4-1 first-leg lead against Roma and did not learn from that lesson as a 3-0 advantage disappeared against Liverpool at Anfield at last season's semi-final.

Transfer dealings
It's not often a signing in excess of £100 million gets overshadowed, although Antoine Griezmann's arrival was second prize for Barca's star man Lionel Messi, who had been urging the club to bring back Neymar. Frenkie de Jong adds tactical nous to midfield and the back-up options have been improved thanks to the arrivals of keeper Neto and left-back Junior Firpo.

Philippe Coutinho was the headline departure on loan to Bayern Munich with a stack of back-up players such as Malcom departing.

Prospects
With Messi there's always hope but one final in eight years is a relatively poor return for the second favourites.

Manager
Lucien Favre has earned a reputation as something of a magic man in the football metrics community after Monchengladbach, Nice and Dortmund all achieved better results than expected goal models predicted.

The Swiss's first season at Dortmund has to be considered a success even though they finished second, blowing a nine-point lead over Bayern Munich.

Transfer dealings
A lack of experience was seen as one reason for the collapse and so World Cup winner Mats Hummels returned from Munich to add steel to the defence.

Left-sided pair Thorgan Hazard and Nico Schulz were smart pick-ups and versatile midfielder Julian Brandt should prove to be an absolute bargain at £22m as Dortmund spent the Christian Pulisic windfall following his move to Chelsea. They also kept Jadon Sancho.

Key man
Marco Reus is the on-field leader and keeping him fit is always critical but Sancho is outrageously talented as he highlighted by last season's Bundesliga figures of 14 assists and 12 goals.

Prospects
Dortmund were dismantled by Tottenham at the last-16 stage last season and it will need to be a poor year if the 1997 winners are able to match their 2013 run to the final.

Manager
Antonio Conte has few peers in the coaching world, leading Juventus and Chelsea to domestic dominance from difficult starting points, but he has never been beyond the Champions League quarter-finals.

Luck will always play a part in cup competitions, although it has been suggested he struggles when not having the maximum time to prepare for matches and isn't the best squad rotator.

A chance has been taken on loanee Alexis Sanchez, but Conte refused to compromise squad harmony and difficult characters Mauro Icardi, Ivan Perisic and Radja Nainggolan led a large exodus.

Key man
Conte missed out on Lukaku with Juve and Chelsea but it was third-time lucky. The boss is convinced the man he called a "gentle giant" will deliver at Inter, although the Belgian always divided opinion in the Premier League.

Prospects
They could go out at the group stage because it's a tough section but that is factored into the outright prices and they are easily the most attractive longshots.

Manager
Jindrich Trpisovsky shot to prominence to those outside of Czech football during Slavia Prague's run to the Europa League quarter-finals last season before the dream died at Stamford Bridge.

Slavia played with gusto, beating Zenit in the group stage, and then thumping Belgian champions Genk 4-1 away in the last 32. Sevilla were stunned 6-5 on aggregate and then went down only 5-3 to Chelsea with Trpisovsky's team entertaining throughout.

Nicolae Stanciu, once the most expensive player signed by a Belgian club when he joined Anderlecht, returned to the Red-Whites following a brief spell at Al-Ahli.

Key man
Soucek is a goal magnet from midfield and scored in his last six matches last season, including one at Chelsea.

Prospects
Slavia Prague's officials were seen laughing after this most difficult of draws and it will almost certainly be six and out for the Czech champions, who beat Cluj home and away in the playoff to reach the group stage.