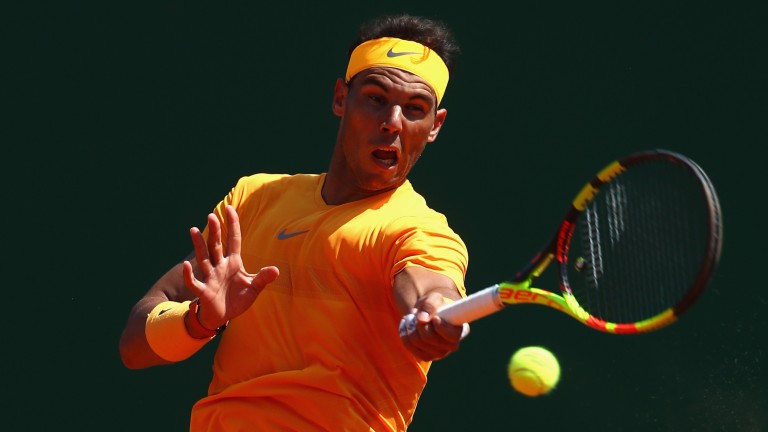 Rafael Nadal confirmed that he is back at the top of his game by demolishing Dominic Thiem in the quarter-finals of the Monte Carlo Masters and the king of clay is a hot favourite to beat Grigor Dimitrov in Saturday’s semi-final.

Bookmakers are running scared of the ten-time Monte Carlo champ and he’s no bigger than 1-12 to beat Dimitrov, who earned an impressive win against David Goffin in his last-eight match.

A 10-1 head-to-head record is factored into Nadal’s price, in addition to his annihilation of Thiem. The Austrian is one of the most gifted clay players on the ATP World Tour but he had no answer for the Majorcan, losing 6-0 6-2.

A similar outcome is expected again but, despite the one-sided record, Dimitrov has usually put up plenty of resistance against Nadal in recent years and took a set off the Spaniard in this tournament in 2013.

He has frequently failed to get over the winning line but that won’t be an issue for anyone willing to take the Bulgarian on the handicap with a 5.5-game start. If he serves well then that’s a distinct possibility.

The semi-finals of the Fed Cup also begin on Saturday and the US team, the outright recommendation of Racing Post Sport’s Adrian Humphries, are expected to ease to victory over France in Provence.

The US squad, featuring Sloane Stephens, Madison Keys, Coco Vandeweghe and doubles ace Bethanie Mattek-Sands are long odds-on against a poor French squad where the in-and-out Kiki Mladenovic is the only player with real star quality for the home side.

The other semi-final, which sees Germany host Czech Republic, is far closer and bookmakers are struggling to split them, with marginal preference for the home nation.