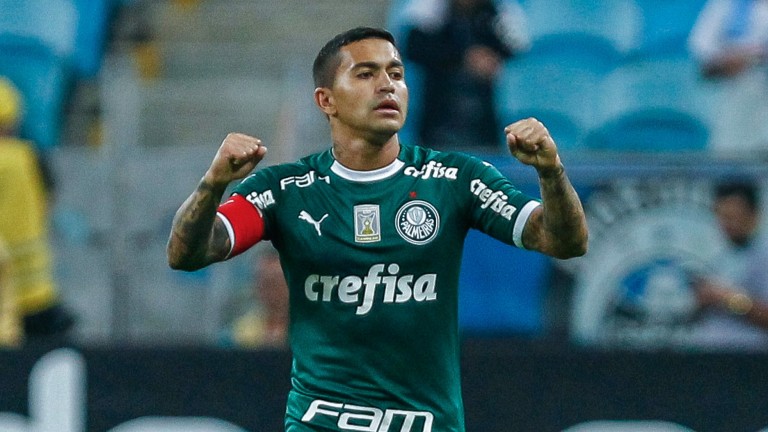 Brazilian rivals Gremio and Palmeiras face off in the first leg of their Copa Libertadores quarter-final just three days after clashing in Serie A.

The hosts needed a late long-range strike from David Braz to pinch a 1-1 draw and Palmeiras look value to pick up a result that will set them up nicely for the return leg.

Luiz Felipe Scolari's side lie third in Serie A, 12 points above 13th-placed Gremio, and the Brazilian champions can take advantage of their opponents' defensive woes at home where they have conceded a league-high 12 goals in seven matches.

Gremio's hopes are based on the fact that they have saved their best performances for cup competitions this season. They are 2-0 up after the first leg of their Brazilian Cup semi-final against Athletico-PR and were impressive when eliminating Paraguayan side Libertad 5-0 on aggregate in the previous round of the Libertadores.

Palmeiras dispatched Argentina's Godoy Cruz with just as much ease, 6-2 on aggregate, in their Libertadores last-16 tie and conceded only one goal as they cruised through the group stage.

The 4-0 second-leg win over Godoy Cruz was their only victory in the past month, however. They have drawn five of their last six games in all competitions and it makes sense to keep the draw onside in this fixture.

The visitors been boosted by the recent signings of ex-Chelsea midfielder Ramires and striker Luiz Adriano and they can pick up a result to justify their position as 11-4 favourites to lift the trophy in November.