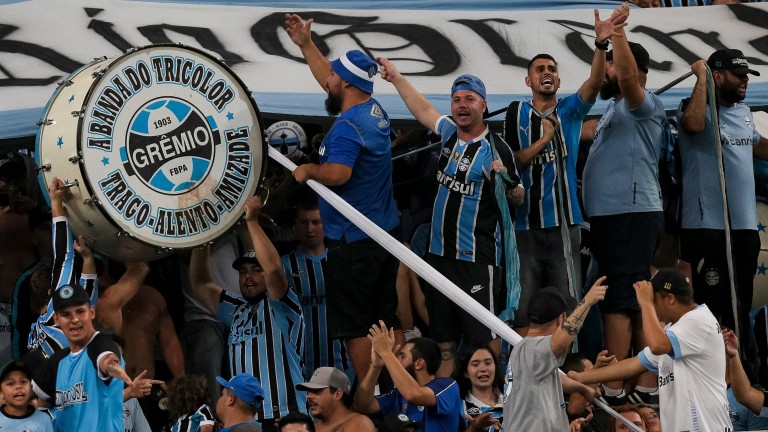 A quirk of the Copa Libertadores seedings means that Gremio and Libertad meet for a third time in this season’s competition and the Brazilian giants are no certainties.

Gremio and Libertad were group rivals over the spring and Libertad won 1-0 in Porto Alegre in March before Renato Gaucho’s men turned the tables in Asuncion in May, winning 2-0.

It was the Paraguayans who went on to top Group H and the teams clash once more over two legs in the last 16.

Having already won at the Arena do Gremio, the in-form Paraguayan giants clearly have a decent chance.

Libertad have started the clausura with two wins to follow their successful Copa group-stage campaign and new coach, ex-Argentina full-back Jose Chamot, has made a serious impact in just four months at the club.

They will be well aware that Gremio are a side full of stars, none bigger than winger Everton who top-scored at the Copa America which Brazil won earlier this month.

But Everton has missed plenty of training this week as he mulls over a move abroad (Arsenal are favourites to sign him) and his head could easily be elsewhere. Indeed, it’s not definite he will start for the three-time Copa winners.

Gremio’s domestic form isn’t the best – they are currently mid-division in Serie A – and they made hard work of qualifying for the knockout stages.