Greipel will be desperate to make mark in the Drome

But Cummings may have a say 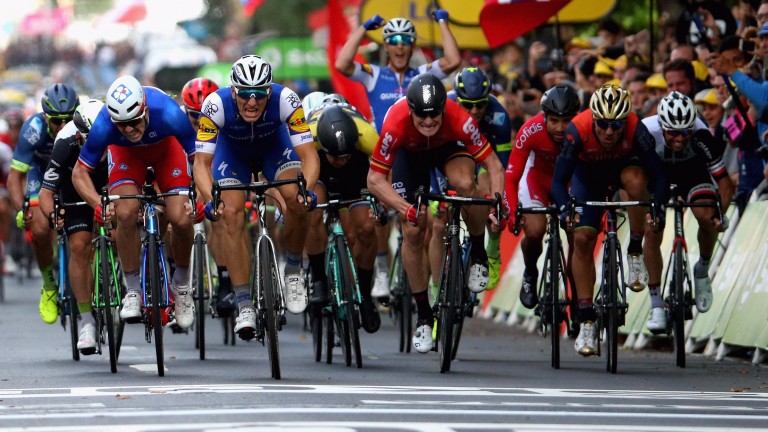 Some of the key action in this year’s Tour de France has taken place on stages which were expected to be quiet, but it will be a major surprise if the race for the yellow jersey isn’t put on hold with the key Alpine stages lying in wait on Wednesday and Thursday.

Stage 16 sees the remaining 175 riders embark on the 165km journey from Le Puy-en-Velay to Romans-sur-Isere and it is one of those days when trying to pick the winner is akin to finding a needle in a haystack. 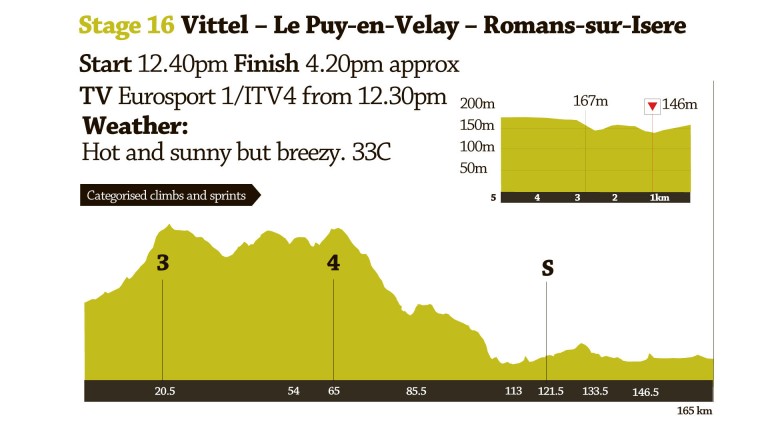 The stage profile offers enough in the early going for a sizeable group to get away and hold out to the end, though the final 54kms which crosses the flat Rhone valley may well give enough encouragement for the sprinters’ teams go for victory and reel in the escapees.

The best betting strategy could be to split small stakes between a puncheur and a sprinter.

The sprints have been dominated by Marcel Kittel, but it might be worth taking him on with another German sprinter, Andre Greipel. The Gorilla has had a below-par Tour by his standards with just three third places in the five flat sprints. But he has won at least one stage in the last 14 Grand Tours he has contested, going back to 2008. A proud man, he is sure to want to maintain that fantastic record.

Significantly, many of Greipel’s stage wins have come in the latter stages of a Tour, notably twice on the final stage in Paris and once on stage 15 in 2015, suggesting he holds his form better than most over the three weeks. The 2015 stage was similar in profile to today’s and it also finished in the Drome region.

Anticipating who who will be the lucky ones to get into the breakaway is pure speculation. The riders will be ascending from flag-fall and the climb of the category-three Cote de Bousselet after 20km should ensure a strong and sizeable group get away.

Steve Cummings has been keeping with the Gruppetto since his failed attempt on stage 12 and this stage looks tailor-made for another positive ride from the Team Dimension Data man.

Any rider in the breakaway will need to make his final attack some way out and Cummings, who won this year’s National Time Trial Championship, has the ideal qualities.

Other riders who could figure are Nicholas Roche, who showed himself in good form on Sunday and Gianluca Brambilla, a strong one-day rider and a Giro stage winner who has been quiet by his standards on this year’s Tour.