Gould could hang on to his Berlin title 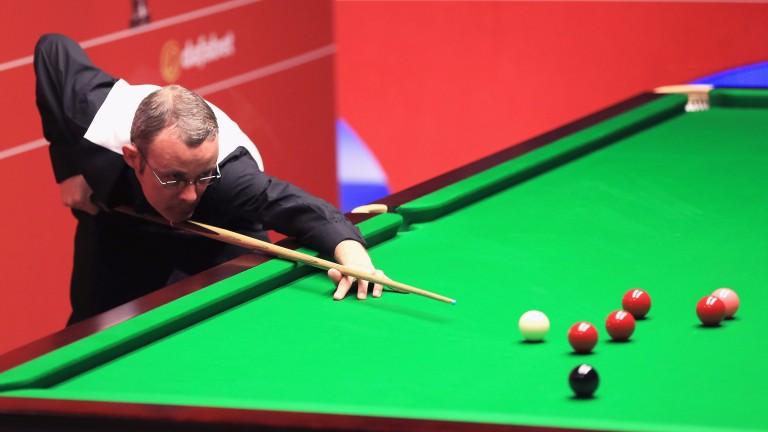 Snooker returns to the iconic Tempodrom in Berlin this week and with an ultra-strong field – headed by recent Masters champion Ronnie O’Sullivan – having navigated their way through the qualifiers, the next five days of action promises to be high-quality stuff.

World number one Mark Selby faces a treacherous draw and is overlooked as he bids to defend the ranking points from his 2015 success which are due to drop off his monumental tally on the two-year list.

The same applies for talented Aussie Neil Robertson, and the pair could face off in the quarter-finals should they win their opening matches.

Defending champion Martin Gould has been rewarded with a soft opening and could outrun massive odds. Twelve months ago, Gould secured his maiden ranking title in Berlin and fond memories from this unique venue are sure to come flooding back.

The Pinner Potter hasn’t performed well this season, but there are signs that his game may be on the turn.

He enjoyed a seamless qualification in this event with 5-1 successes over Craig Stead­man and Sanderson Lam, and followed that when booking his place in the China Open last week with a smart display of scoring in a 5-2 win against Lee Walker.

Ronnie O’Sullivan, fresh from his Masters triumph, is short enough. He remains a top player on the tour, but has also shown vulnerabilities in the last 12 months and his inclusion throws up each-way value elsewhere.

Yan Bingtao, 16, is a future star who is worth an interest.

His recent form doesn’t read well having been whitewashed 5-0 by Mark Davis in his China Open qualifier last week.

But Yan’s talent and potential was highlighted in his 5-4 win against Shaun Murphy to book his place in Berlin and he has the scope to navigate his way through a few rounds at a big price.

His CV is littered with big-name scalps and he looks a ranking-tournament winner in waiting. Temperament rather than ability may be holding him back, but as he gains experience and maturity he is sure to improve and is worth keeping an eye on.