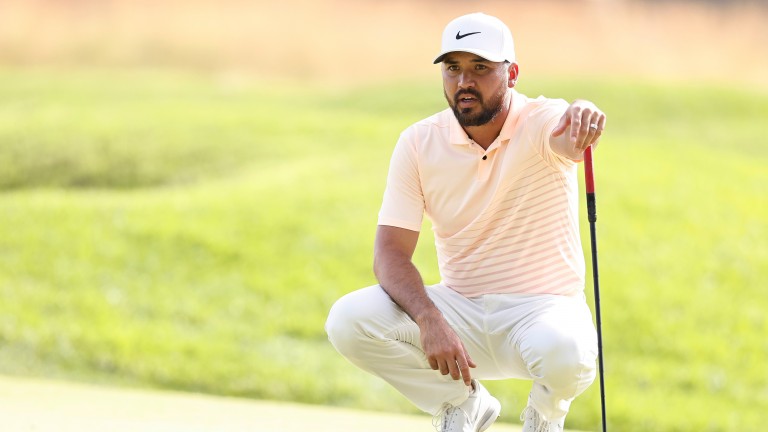 Forgotten man Jason Day leads by one shot on nine-under par from Bubba Watson and Kramer Hickok at TPC River Highlands with another seven players another shot back on seven-under par.

Justin Rose is among those on seven under, but there are a stack of big names just slightly further off the pace, including Patrick Cantlay on six under and Bryson DeChambeau on five under through 36 holes.

Day leads the way after a day-two round of 62 as he chases his first win on the PGA Tour since 2018. The former world number one and 2015 PGA Championship winner has suffered with injuries and did not even qualify for the recent US Open.

Three-time Travelers winner Watson, champion in 2010, 2015 and 2018, broke his driver mid-swing on the second hole but was able to replace the big dog and is 7-1 joint-favourite alongside Day with Cantlay 11-1 and DeChambeau rated a 16-1 shot.

Dustin Johnson just about made the cut but winners have come from a long way off the pace in this tournament previously. Rose let slip a four-shot advantage in 2010 and Kevin Streelman was eight shots off the lead in 2014 heading into the weekend but managed to claim the title.

Guido Migliozzi is a player in the ascendancy and can see off Brian Stuard in their twoball match up. The Italian has been the model of consistency in the recent times, following up second placed finishes at both the British Masters and Made in Denmark with a fourth placed finish at the US Open.

The 24-year-old was making his major debut at Torrey Pines but finished strongly with a final round of 68 when many others were falling back through the field. That ability to thrive deep in tournaments will stand him in good stead and he is taken to continue his strong form here.

Day and Watson go off at 7pm UK and Ireland time.

FIRST PUBLISHED 1:29PM, JUN 26 2021
The 24-year-old was making his major debut at Torrey Pines but finished strongly with a final round of 68 when many others were falling back through t