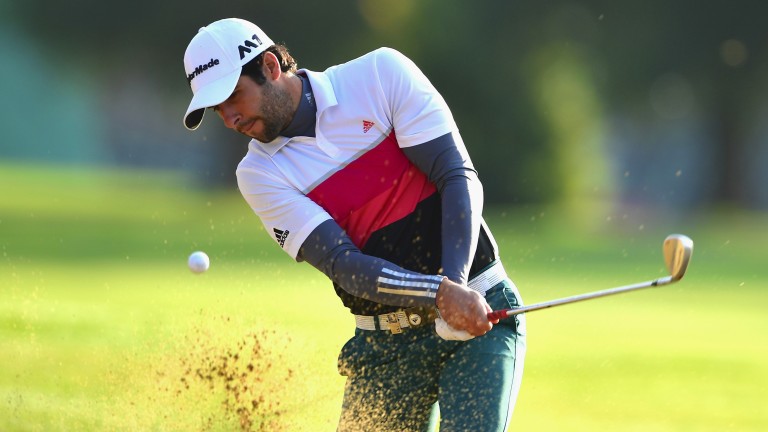 Matt Wallace closed the third round of the Scottish Championship with back-to-back birdies to forge a three-shot lead going into Sunday at the Torrance Course, Fairmont St Andrews.

The market is 10-1 bar Wallace, who is chasing his fifth European Tour title. The world number 51 was bogey-free in round three and made an eagle two at the seventh hole.

Racing Post Sport followers have a healthy ante-post stake on Matt Wallace at 11-1 and no further outright investments are advised going into the final round - the Londoner is a proven winner in possession of his A-game and facing unconvincing opposition.

Wallace has been swinging nicely for several weeks and every department of his game has appeared to be in good order. He has admitted in interviews that his slightly disappointing results have been down to the mental side of the game, but this week he has been fully switched-on, illustrated by only one dropped shot through 54 holes.

A short missed birdie putt at the third hole of round three had the potential to unsettle Wallace, but he remained calm and patient, slowly but surely taking control of the tournament. The 30-year-old was a prolific champion on the Alps Tour before quickly winning four times on the European Tour and there is every reason to believe he will turn a three-shot advantage into silverware.

The career of Garrick Porteous, aside from winning the 2013 Amateur Championship, has amounted to little. He won on the Challenge Tour in 2017 but has failed to make an impact among the big boys.

Adrian Otaegui has never won a strokeplay event on the European Tour. The Spaniard is one of the slowest players on the circuit and would be likely to tighten up and get twitchy should a winning chance present itself in cold, cloudy Fife. From four shots behind, he is difficult to fancy.

Sean Crocker is an attacking, improving powerhouse - and arguably the main danger to Wallace from five shots behind - but the leader should be able to comfortably repel the American raider.

Punters looking for an extra investment to add to their viewing experience should consider Crocker in the 'without Wallace' market.
The final threeball of Wallace, Porteous and Otaegui is scheduled on the tee at 11.20am, affording plenty of daylight should a playoff be necessary.