American powerhouse should fall in love with Royal Obidos 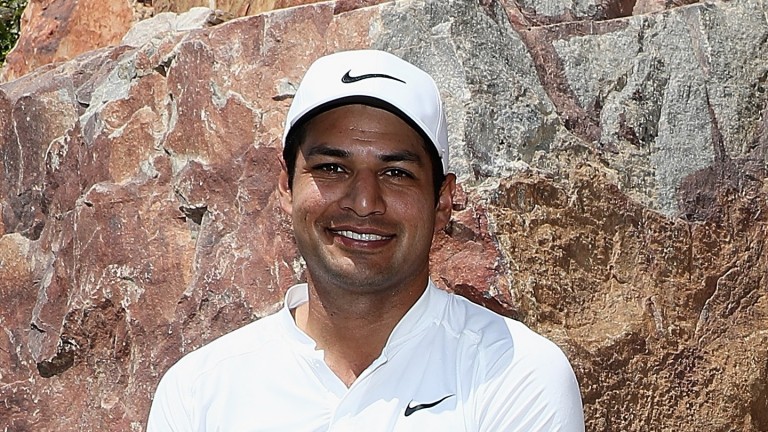 Julian Suri is blessed with all the tools to tame this week's layout
Matthew Lewis
1 of 1
By Steve Palmer UPDATED 11:57AM, SEP 15 2020

Golf tips, best bets and player analysis for the Portugal Open at Royal Obidos on the European Tour.

The Portugal Open is a low-key, non-televised conclusion to the European Tour's Iberian Swing and punters must decide whether to weigh in with last week's champion George Coetzee at much shorter odds.

Coetzee built on a superb Victoria Course record by winning the Portugal Masters on Sunday, but he is seeing Royal Obidos for the first time this week.

The layout seems ideal for him and it is tempting to play up the winnings, but the carefree South African can let his mind wander at the best of times and this humble carrot may not be juicy enough to keep him focused. Prior to the tee-times being known, with Friday afternoon slots appearing ones to avoid, the favourite does not seem worth the risk.

The long, lush, open Obidos track, featuring five par-five holes and set to be softened by rain, should prove mouthwatering for American giant Julian Suri. The New York-born 29-year-old would dearly love to be competing in the US Open this week, but a second European Tour title will be strong consolation.

Suri, a four-shot Made In Denmark winner in 2017 after a Challenge Tour breakthrough three months earlier, has been struggling post-lockdown, but he showed enough at Victoria last week - four solid rounds for 50th - to hint that his game may be returning. Suri was runner-up to Matt Wallace in the 2017 Portugal Open and can contend in this edition.

It is also worth taking a chance on another attacking slugger - Andres Romero is a PGA Tour champion who deserves more respect in this grade. The 2008 Zurich Classic winner, four times a top-eight finisher in Majors, has won twice on the European Tour and lost a playoff for the European Masters last year.

Romero, like Suri, carded four solid rounds for 50th in the Portugal Masters. The Argentinian's CV is glittering compared to most of this rabble and the mercurial 39-year-old could fall in love with Obidos.

Add four more big-hitters at juicy prices. Romain Wattel, KLM Open champion in 2017, was fourth in the 2014 Portugal Masters and has shown some hints of post-lockdown promise, while Pedro Oriol has form figures of 39-32-41 since his return and has not tackled a track anywhere near as suitable as Obidos. The Spaniard, a Challenge Tour champ in 2017, could overpower this track, as could his compatriot Pep Angles, one of the longest drivers around.

Angles could make mincemeat of the five par-fives, while Bradley Neil is another who has carded plenty of eagles in his short career. The 24-year-old Scot, Amateur champion in 2014, closed with a 66 on his return to the Challenge Tour at the start of this month for 30th place in the Northern Ireland Open. He followed up with third place in the Pollok Open (Tartan Pro Tour) and could soon be ready to fulfil his rich potential.

Course overview After three years at Morgado Country Club - the last two as a mere Challenge Tour event - the Portugal Open has switched to a fresh venue and regained its European Tour status. The Tour's new Iberian Swing concludes at the Seve Ballesteros-designed Royal Obidos. Ballesteros died in 2011 before he could see his creation completed. Water is in play on eight holes. This is a long, lush, open venue with wide fairways and lots of run-off areas around the greens. Ballesteros made it to suit his style of play - wild driving followed by short-game magic. There are five par-five holes - all between 552 and 599 yards - and five par threes.

The story of last year Adrian Meronk won the event at Morgado when it just had Challenge Tour status, defeating Sebastian Garcia-Rodriguez by two shots.

Weather forecast A short thunderstorm may soften the track late on Wednesday and more bursts of rain are expected on Thursday, Friday and Saturday, before a drier Sunday. Light to moderate breezes for the most part, but a windy Friday afternoon is expected, so the tee-times could play a significant role.

Type of player suited to the challenge The set-up favours attacking big-hitters who scramble well, with five rain-softened par-fives available, but punters must be wary of the Friday afternoon forecast for strong winds.